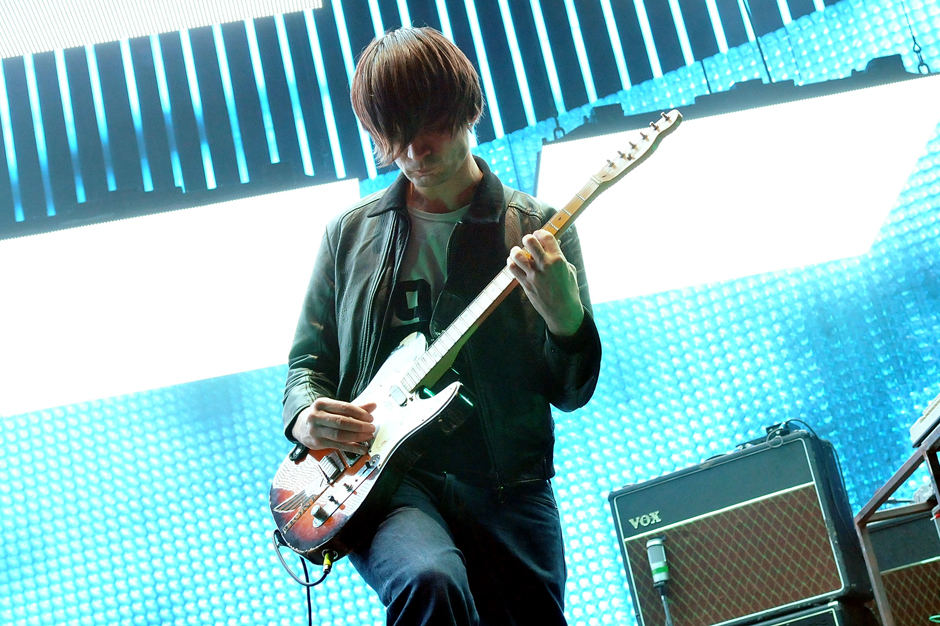 Jonny Greenwood and Paul Thomas Anderson are joining forces once again. Pitchfork has confirmed that the Radiohead guitarist will score Anderson’s upcoming film Inherent Vice. This will be the third collaboration between the duo: Greenwood previously composed original music for Anderson’s 2007 opus There Will Be Blood and his 2012 epic The Master, which also featured one of the last great performances from the late Philip Seymour Hoffman.

Based on Thomas Pynchon’s 2009 novel of the same name, Inherent Vice takes place in Los Angeles at the turn of the 1970s and tells the story of a “drug-fueled detective” investigating the disappearance of an ex-girlfriend, according to IMDb. Aside from Joanna Newsom, the 2014 film also stars Joaquin Phoenix, Jena Malone (seen recently in Kevin Morby’s “Harlem River” music video), Owen Wilson, Benicio Del Toro, Martin Short, and Anderson’s domestic partner, Maya Rudolph, among others.

While Radiohead’s next album isn’t coming out anytime soon (at least according to bassist Colin Greenwood), Jonny Greenwood has been focusing on his compositional work. On March 3, some of his classical music will be paired with selected compositions by the National’s Bryce Dessner for a split release. And later this year, Greenwood’s still-unheard “Water” will be performed live for the first-time ever by the Australian Chamber Orchestra.