In Aberdeen, Washington, the goal is to become the next Graceland 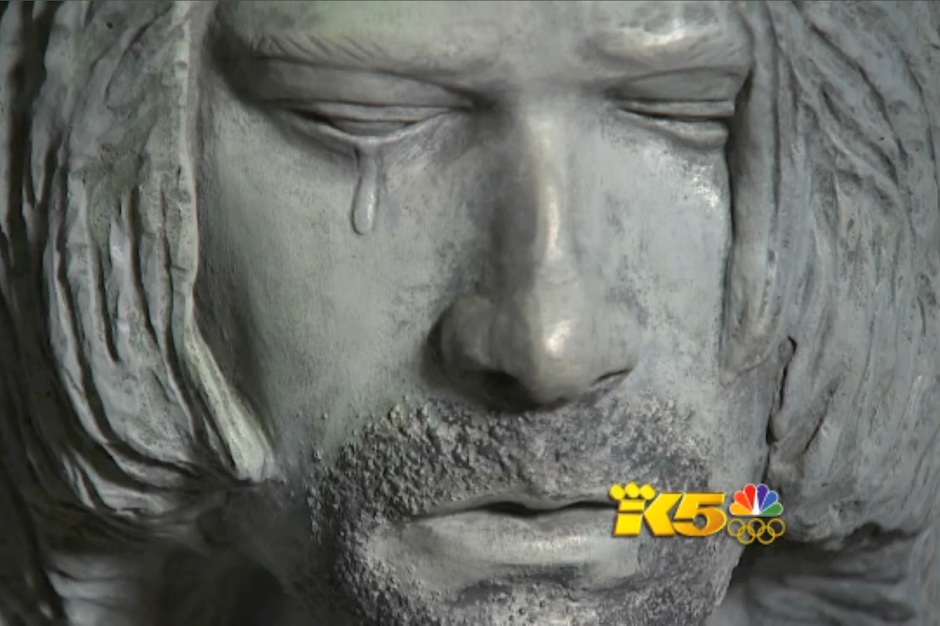 “We hope this is just as big as Graceland — eventually.” That’s Bill Simpson, mayor of Aberdeen, Washington, speaking to Seattle’s King 5 News about the town’s work to memorialize a certain flannel-popularizing native son. The town, which has had a welcome sign reading “Come as You Are” since 2005, recently declared February 20 as Kurt Cobain Day, and festivities marking the occasion included unveiling of a statue honoring the late Nirvana leader in what would’ve been his 47th birthday. As you can see a little after the one-minute mark in the news video below, the cement edifice shows the “Smells Like Teen Spirit” singer with a tear coming down from his eye, looking pretty “Jesus wept”-y.

Paying tribute to Cobain is reportedly a controversial matter in Aberdeen, considering the man whose band recorded From the Muddy Banks of the Wishkah was arrested in the town, never spoke too kindly of it, and, um, wasn’t the most wholesome figure (hey, neither was Elvis Presley!). But what might start more discussion in the rest of the world is simply the awkward nature of Aberdeen’s efforts to become a Nirvana-tourism hub: The lineup for the big bash, according to radio station KXRO, featured Cobain’s first guitar teacher, Warren Mason; Nirvana’s first drummer, Aaron Burckhard; and the statue artist, Randi Hubbard, to whom we mean no disrespect, but still — considering Nirvana’s influence, it’s all (as Stereogum previously noted) a bit underwhelming, isn’t it?

A town four miles west, Hoquiam, has declared April 10 Nirvana Day, so check back in a couple of months to see which municipal alt-rock legacy-grab is kitschier. Until then, Elvis has left the building. Unless the building is the Aberdeen Museum of History and “Elvis” is a Cobain statue, because that’s where you’ll find this objet d’art.