Singer allegedly claimed Bloods allegiance before he and his bodyguards attacked 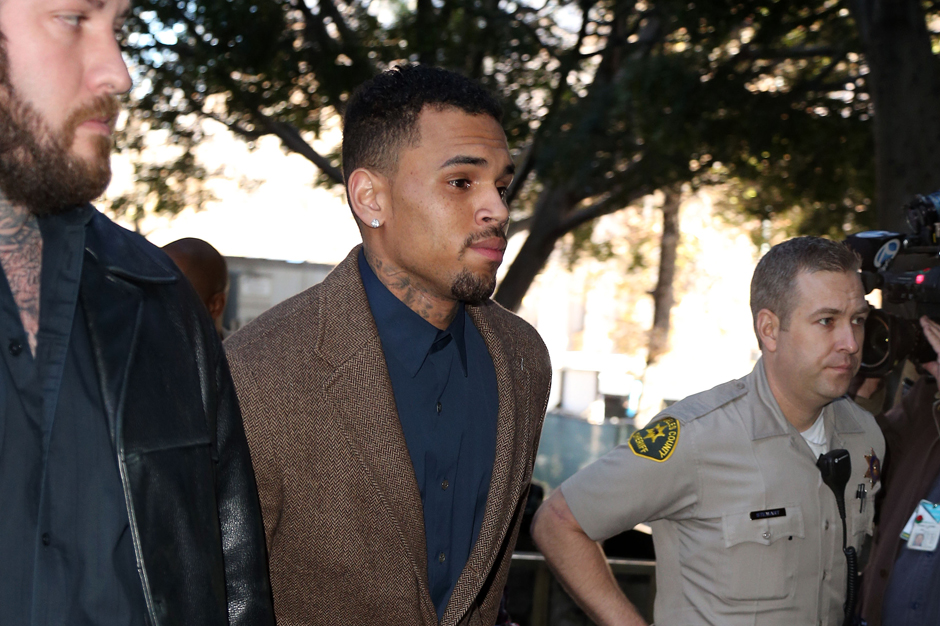 And now Chris Brown is beating people up on basketball courts and claiming to a Blood, allegedly. A man named Malcolm Ausbon filed a lawsuit with the Superior Court of California in Los Angeles on Thursday, February 13, describing an incident with the R&B star at an area 24 Hour Fitness. He says he called a foul on Brown, that Brown then held onto the ball in protest and threatened to “put these hands on you” while declaring his rumored allegiance to the Bloods.

The complaint then states that three members of Brown’s entourage who were not in “proper workout attire” rushed him. One told him, “If you fuck with Chris, you fuck with us.” And after the game resumed, they ran back onto the court and attacked along with Brown. All four “began to strike, punch, kick, pull, and stomp Ausbon’s head and body.” They then left him on the ground, according to the report, and he was shortly sent to the emergency room.

Ausbon is suing not only Brown and his alleged goons, but the gym as well, claiming both negligence and vicarious liability for the physical and emotional damage done. If deemed legitimate, the supposed injury to the plaintiff’s “face, head, neck, back, legs, [and] ribs,” plus the “post traumatic stress disorder, dizziness, nervousness, embarrassment, fear, and anxiety,” will be more damage in a wake of assault cases that’s getting difficult to keep track of.

For the latest rundown of Brown’s legal woes, check out “Chris Brown Gets to Stay in Rehab Until HisNext Assault Hearing.”