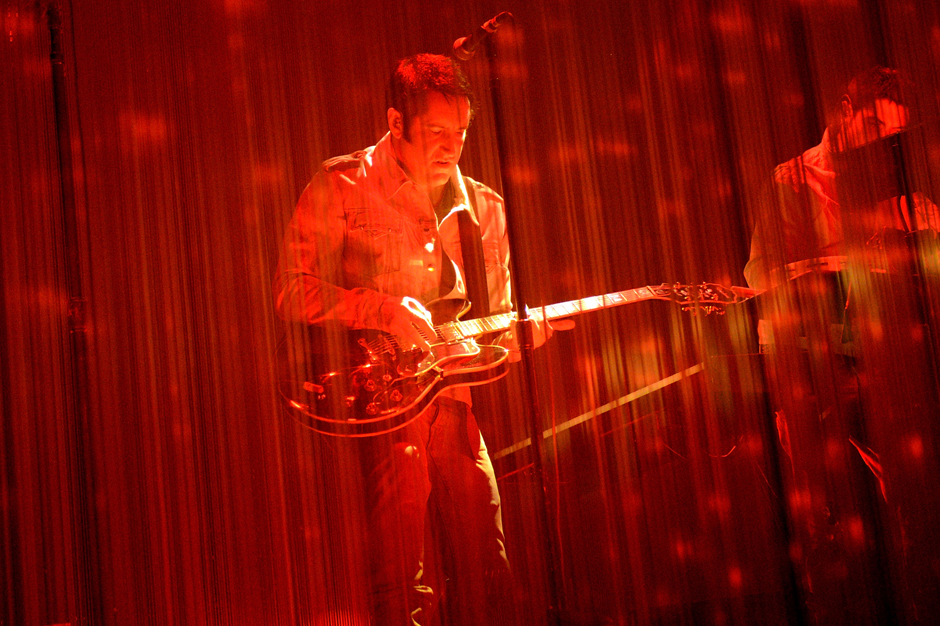 This will be the third Fincher movie that Reznor and Ross have handled, following 2010’s The Social Network and 2011’s The Girl With the Dragon Tattoo. Both works earned accolades from the music and film industries, and brought the Nine Inch Nails frontman one step closer to an EGOT: The Social Network score picked up a Golden Globe and an Academy Award, while The Girl With the Dragon Tattoo score nabbed a Grammy and was nominated for a Golden Globe.

Fincher’s Gone Girl is based upon Gillian Flynn’s best-selling novel of the same name. According to IMDb, the thriller stars Ben Affleck, Rosamund Pike, and Neil Patrick Harris, and features Emily Ratajkowski, better known as the, uh, “female lead” of Robin Thicke’s “Blurred Lines” video. Gone Girl — which follows the story of “a woman [who] mysteriously disappears on the day of her wedding anniversary” — is set to hit theaters on October 3.

Reznor made the revealafter tweeting a link to Nine Inch Nails’ new Seed Eight remix EP featuring mixes by Hot Chip, Cold Cave, Simian Mobile Disco, and Autolux. The four-track set is now available exclusively through Beats Music, which Reznor helped design under the role of chief creative officer. Find out if the just-launched Beats Music is all it’s cracked up to be by reading SPIN’s in-depth review of the streaming service.