Macklemore Admits He ‘Robbed’ Kendrick Lamar of a Grammy Win

'The Heist' rapper for some reason apologetic about theft 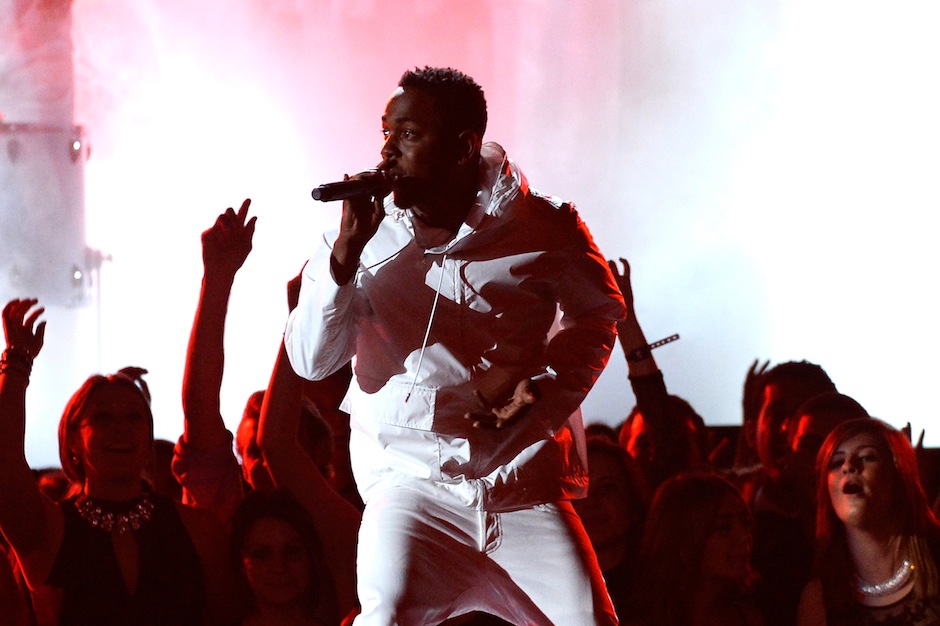 Kendrick Lamar didn’t have to win Grammys to walk away as probably the night’s biggest victor. There was his “m.a.a.d city” performance with the surprisingly visceral Imagine Dragons, the one SPIN’s Charles Aaron called “a feel-bad-feel-good moment of conflicted euphoria.” And then, before the world could forget about the unbearable corniness of actual trophy collectors Macklemore & Ryan Lewis long enough to go to bed, there was “Thrift Shop” Ben himself, acknowledging to one and all that Lamar should’ve won Best Rap Album.

Actually, it was an acknowledgement to Lamar first, in a text that Macklemore then broadcast to the world via Instagram. “You got robbed,” he wrote. “I wanted you to win. You should have. It’s weird and sucks that I robbed you.” Macklemore went on to say he meant to say as much in his thank-you speech but “froze” when the music started playing. “Appreciate you as an artist and as a friend,” he concluded. “Much love.”

In a way, it was a microcosm of what irks people about Macklemore in the first place: He can’t do something good without using it to call attention back to himself. As grand a gesture as the “Same Love” mass wedding was clearly meant to be, there was still a certain off-putting, self-congratulatory factor (as a counter-example, see Kacey Musgrave’s “Follow Your Arrow,” which shrugs because the freedom to kiss who you want should be common sense). Did Macklemore offer to give up his Grammy? Of course not. Did he say all this onstage when it might’ve mattered? For whatever reason, no. But now we know Lamar is his “friend.”

Nothing’s stopping K.dot. Shortly after his performance with Imagine Dragons, a studio version of their remix of the latter’s “Radioactive” hit iTunes. Yeah, it’ll remind you why this collaboration seemed so unlikely beforehand, but if you fast-forward to around the 2:38 mark you can get straight to Lamar’s “Control”-voltage assault, at once Lil Wayne-raspy and Eminem-antic. He doesn’t need a text to tell him: Welcome to the new age.