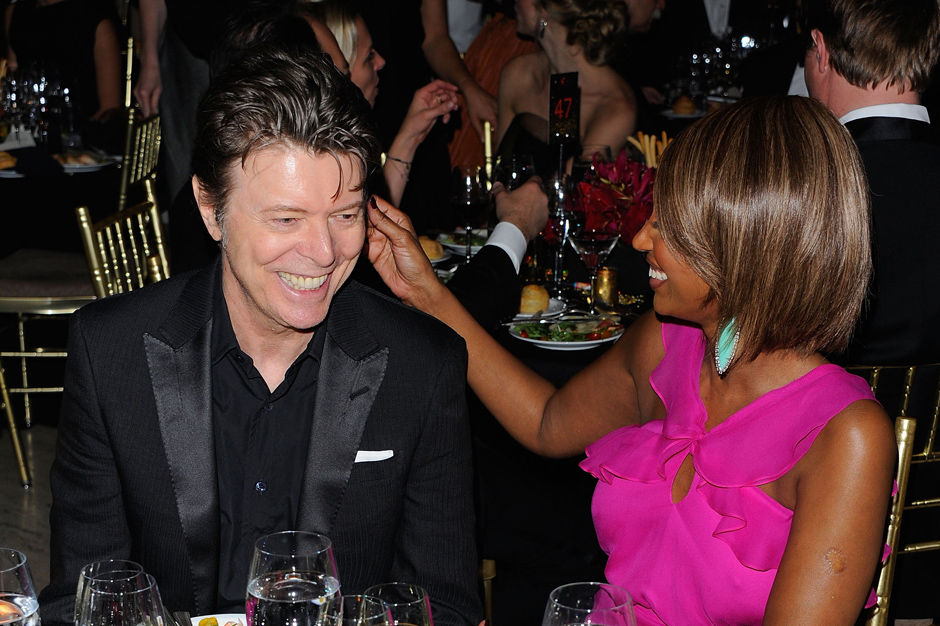 David Bowie made a very special telephone call to the BBC in time for Christmas. Heard below, the man behind The Next Day addresses “all the jolly British folk” from “the U.S. of A,” saying he “can’t help but remember my British-ness” while impersonating Elvis Presley. As NME points out, Bowie and the King share a birthday — January 8 — and the former has said he initially offered “Golden Years” to the latter as a single.

With 2013 wrapping up, Bowie’s big, unexpected return has landed him on a couple of SPIN’s year-end lists: the Year in NSFW (for the video for James Murphy’s “Love Is Lost” remix) and also our Best and Worst Comeback Albums graph. In related news, one of the other fellas to make that latter list, Nine Inch Nails boss Trent Reznor, happened to like The Next Day quite a bit more than we did.