Cam’ron ft. Sen City, “Instagram Catfish”
Wherein Killa Cam gets Internet topical over a sorta-tropical production (it sounds like something off Le1f’s sensuous Tree House) that deals with the very curent and totally awkwarddddd phenomenon of people you meet on the Internet misrepresenting what they really look like. “You lied when you said, ‘No filter, baby,” Cameron Giles tells the um, disappointing young woman when he meets her at the airport, which nearly qualifies as letting her down easy, right? Then again, it’s not actually all that different from the lonely hearts turned self-righteous nincompoops of MTV’s Catfish, because pretty much every encounter on that show breaks down when one of the two parties involved doesn’t find the other physically attractive and then couches it in some “But you lied to me”-type shit, no? At least Cam’ron and the shoe-size-obsessed Sen City are honest about their superficiality.

Meek Mill ft. French Montana, “My Life”
So the premise of Meek Mill’s Dreamchasers 3 is pretty much that Meek is now famous and ultra-rich, but it just made him more spiteful and hateful, which is such a legendary misreading of “Mo’ Money Mo’ Problems” that who even knows where to begin. All you need to know about Meek’s diminishing returns since rolling with Ricky Rozay arrives in the first verse, which he begins with a powerful couplet (“Momma couldn’t save me / Daddy did so he couldn’t raise me”) and then downshifts into boilerplate bro blabbing (“I’m still tripping off them hoes that played me / Same bitches fronted on me when I had my baby”). But hey, it’s got one of those cool-right-now beats that delivers the Miami Vice “Crockett’s Theme” synth-hum-as-pit-of-your-stomach-world-weariness heat (see also 2 Chainz’ “Feds Watching,” Drake’s “Hold On, We’re Going Home,” or Pusha T’s “King Push”) and French Montana on the hook! Slowly climbing out from under the disappointing Excuse My French, FM does his Future-if-he-were-your-drunk-uncle Auto-Tune groan-mumble thing, and it’s strangely affecting. 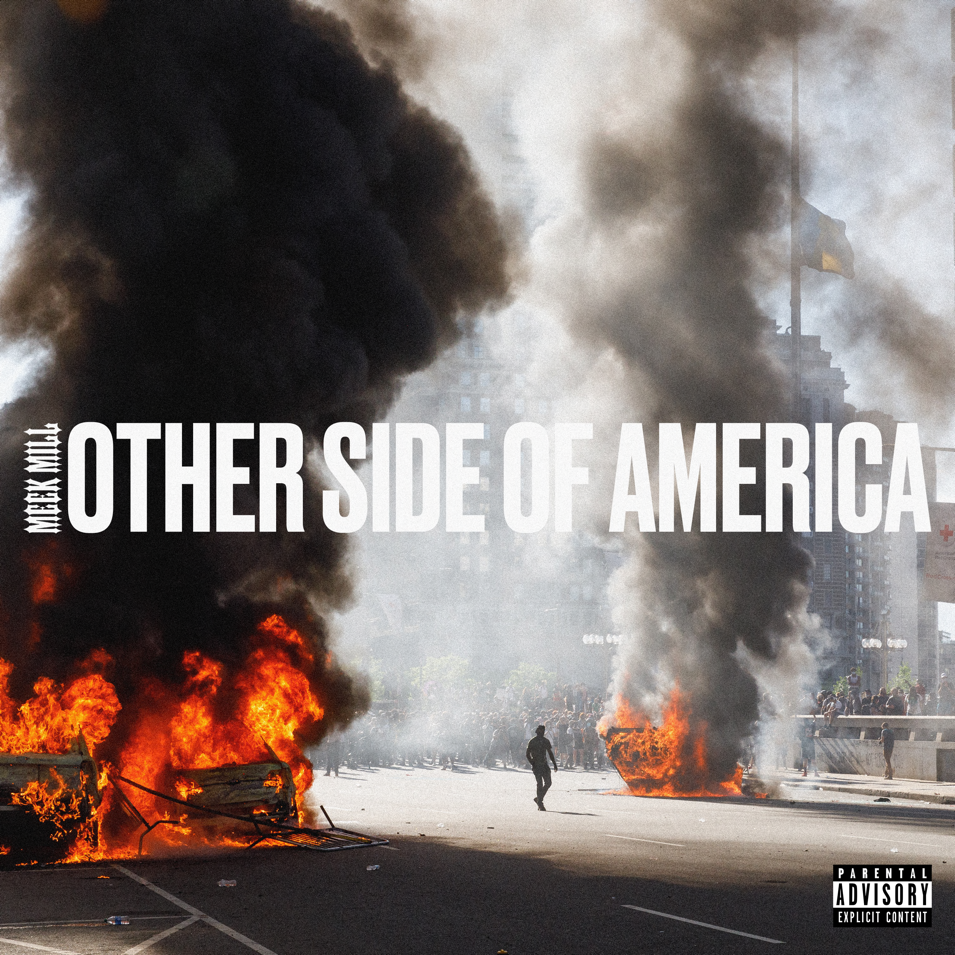 Oddisee, “Fievre”
To call Washington, D.C. producer/rapper Oddisee’s latest project The Beauty in All “instrumental hip-hop” doesn’t really describe what’s happening. These aren’t beats waiting for rappers, or really beats at all. Like, 2011’s Rock Creek Park — a sparkling tribute to one of his favorite childhood locales (as Stereogum’s Tom Breihan put it, “It’s practically chillwave”) — this one’s based around open-hearted soul-jazz. “Fievre” (French for, um, “fever,” duh) is a highlight thanks to a synthesizer solo that sounds more like a ’70s Isley Brothers-style, Big Muff-tinged guitar solo and a twinkling new age coda that lets the track gently fizzle out. You’ll also hear an ambitious combination of sounds from D.C.’s rich musical heritage: the stretched-out vamping of go-go, the pensive and jazzy side of Marvin Gaye, the laid-back vibes of Thievery Corporation. RIYL: slowly molting compositions off Pete Rock’s Petestrumentals, or Grant Green’s modest yet ambitious ’60s work for Blue Note.

Step Brothers, “Caesar & Brutus”
What an artfully executed concept song this is, with Starlito and Don Trip trading off increasingly paranoid and frustrated verses about one another as a cloud of distrust looms over them, all of it stemming from Starlito falling pretty hard for a woman and losing sight of the stick-em-up bromance they’d cultivated long before some lady showed up. What’s so smart about it is how it’s tough to see who’s “right” here. Is Starlito in over his head? Is Don Trip just mad #jealz? Keep listening to find out! Finally, a bunch of tense verses leads to both of them deciding to take the other one out. ‘Lito gets to Trip first and comes home to his girl, only to catch her cheating on him with a close friend. A beat that’s all “Rainy Dayz” strings sends this song of betrayal into the world of pushy high drama; these guys are actually justified in invoking Shakespeare, sketching out a tragic sequence of events that leaves the characters hurt and lacking at best, dead and gone at worst.

Tink, “Handle Me”
Tink’s Boss Up mixtape is a CrazySexyCool-style collection of melodic, staccato-sung rap & bullshit — in the best, most fusion-friendly sense of the term. On “Handle Me” in particular, she straight up owns the kind of carefree-in-the-club ‘tude that Rihanna and, more recently, Miley have tried very hard to contrive. About halfway through the song, Tink locks in on that pulsing EDM-rush-in-reverse beat with a verse that appropriately begins, “You know I’m taking off just like a rocket,” and quietly goes off in a punchline-spitter, cipher-raised way: “I’m just goin’ in, seeing double like my twin / I just love the way it feel when we’re blowin’ like the wind.” Furthermore, “I’m back like tramp stamp,” and “I turn up when I want to / I sleep when I feel like” is Icona Pop-worthy in its ability to be both empowering and nihilistic at the same time.