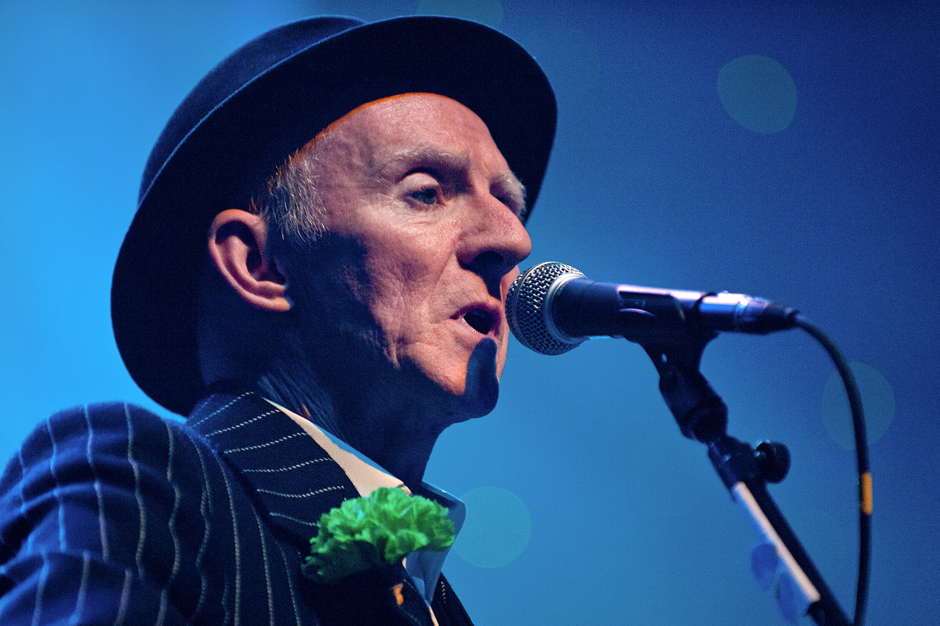 Philip Chevron, legendary guitarist for the Pogues, is dead at 56 following an extended battle with esophageal cancer. The news was delivered via the band website, in which it was noted that the man passed away peacefully this morning. Tributes to his legacy are being made in a memorial thread within the folk-punk group’s online forum. Fittingly, the man born Philip Ryan was a frequent visitor to such sites over the years, becoming a public spokesman of sorts for the band whose frontman, Shane MacGowan, is notoriously cagey.

The Pogues were scheduled to perform their 1985 classic Rum, Sodomy & the Lash in its entirety at four U.K. shows in December. Though Chevron wasn’t a founding member of the group, he joined in time to record that album, and even earned a production credit alongside Elvis Costello, who helmed the entire thing. Chevron also leant his voice to the Pogues over the years, plus played banjo and mandolin. His original band the Radiators From Space made a return in 2006 with the album Trouble Pilgrim and shared a collection of covers, Sound City Beat last year.

As previously noted, Chevron received treatment in 2007 for head and neck cancer, receiving the all-clear in April of 2012. But by August, doctors found a new tumor in a place where, according to a statement, “treatment is seriously ill-advised and would almost certainly cause stroke or worse.” He’d already announced his intentions to take time off from the Pogues and the Radiators, so it’s unclear as to whether or not he was expected to perform in December.

For now, we’ll be pouring out some whiskey from the jar.

The Bells Were Ringing Out for Kirsty MacColl