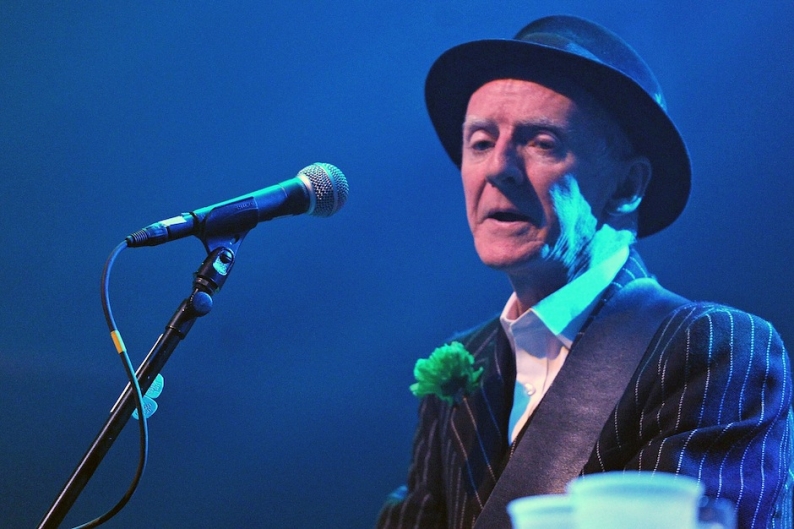 The Pogues shared some sad news with their fans this week. Philip Chevron, the London-based folk-punk group’s guitarist and a founding member of Irish punk band the Radiators From Space, has been diagnosed with terminal cancer. In a post on the Pogues’ website, the group said, “The cancer is, in short, inoperable and will prove fatal in time, though it is at present impossible to measure life expectancy.”

Chevron received treatment in 2007 for head and neck cancer, and in April 2012 doctors told him he was cancer-free. By August 2012, though, doctors found a new tumor in a place where, according to the statement, “treatment is seriously ill-advised and would almost certainly cause stroke or worse.” Chevron, who played on last year’s The Pogues in Paris by the Pogues and Sound City Beat by the Radiators, will now be taking time off from both bands.

The 55-year-old guitarist started with the Pogues on a temporary basis in 1984 and was a full-time member as of the band’s sophomore album, Rum, Sodomy, and the Lash (one of SPIN’s 125 Best Albums of the Past 25 Years). He left the Pogues in 1994 amid substance abuse troubles, but he toured with them again after their 2001 reunion and spearheaded their 2004 album remasters.

As for the Pogues, they’re on “a prolonged time out, emerging only in support of matters relating to their 30th anniversary this year,” according to the statement. The remaining members of the Radiators from Space have broken off into a group called the Trouble Pilgrims, without Chevron.

The statement concludes: “Philip thanks his friends, colleagues, family and management team for their enduring support and hopes to make some notable musical contributions before, as he puts it, the cancer becomes ‘lethal.'”

The Bells Were Ringing Out for Kirsty MacColl