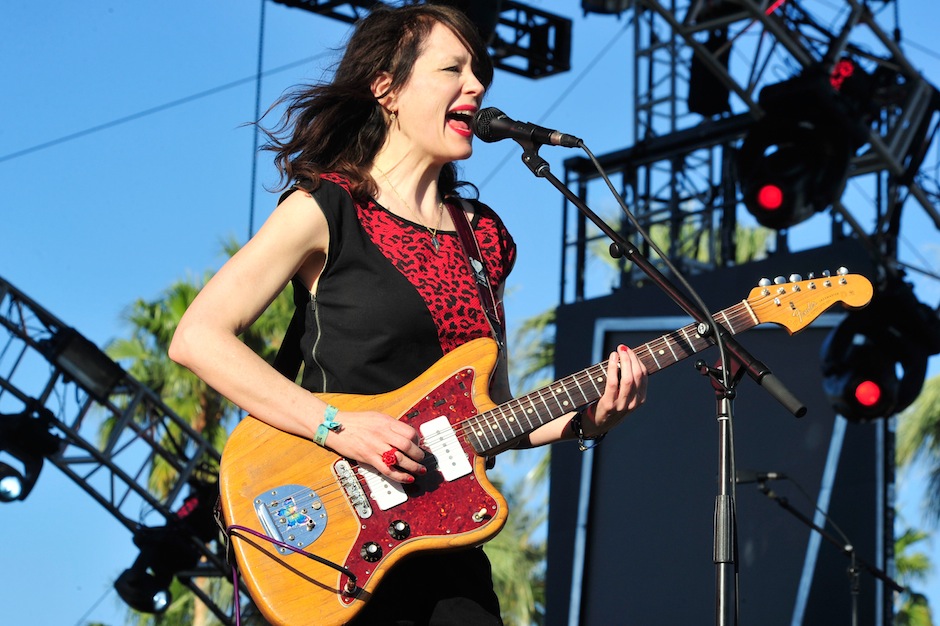 Mary Timony has quietly started a new band, and their first song online isn’t quiet at all. Timony, last seen portraying a motel housekeeper in Mikal Cronin’s “Peace of Mind” video, has already played in an impressive array of indie-rock groups: most recently Wild Flag, but also ’90s luminaries Helium and Autoclave. Her latest outfit, Ex Hex, takes its name from the 2005 album she released with solo-artist billing, a move that perhaps coincidentally brings to mind Kathleen Hanna’s use of an old solo-project moniker for current ensemble the Julie Ruin. “Hot and Cold,” Ex Hex’s initial offering, is below, and it’s a guitar-blazing come-on with fuzzed-out power-pop DNA.

Ex Hex are set to perform at hometown Washington, D.C.’s Rock and Roll Hotel on October 10, opening for headliners Obits alongside Title Tracks and Cane and the Sticks. Hot or cold, they’ll be sure to turn it up.