Willis Earl Beal Wants to be a ‘Nobody’

The enigmatic singer-songwriter reveals his biggest trepidations, both public (being onstage) and private (Googling himself) 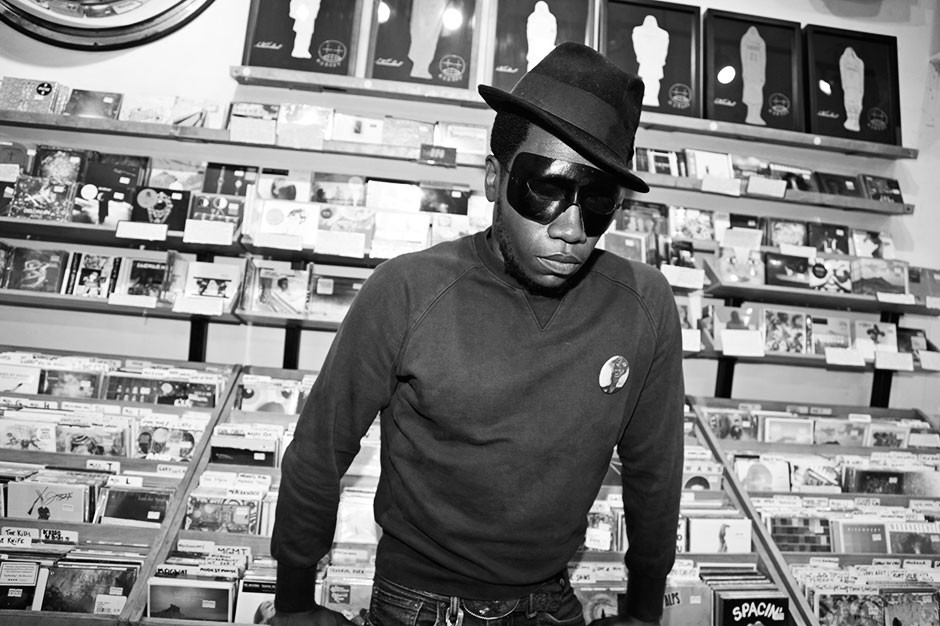 To those who’ve followed the winding trail of Chicago-born singer-songwriter Willis Earl Beal, 29, the fact that he’s packed up his life and moved to New York City since the 2012 release of his XL Recordings debut, Acousmatic Sorcery, is likely to come as no surprise. For a man whose musical career was spawned from a transient existence in Albuquerque, New Mexico, a new set of surroundings and circumstances seems like the latest evidence of some serious wanderlust. But after stints in the Army and temporary homelessness that marred (and defined) his New Mexican sojourn, Beal has decided to settle somewhere, at least for a while.

On Acousmatic Sorcery, which collected some of Beal’s earliest recordings, soul music conventions collided with rudimentary loop experiments, landing the results somewhere in the realm of Tom Waits’ bugged-out Americana. But where his live performances once featured a reel-to-reel tape machine underpinning his impassioned melodies, Beal is now the raffish leader of a four-piece band. The new Nobody Knows, recorded in Amsterdam last winter and released this week, is a springboard for a whole set of ideas — karmic and philosophical — with its heartfelt edges smoothed out by co-producer Rodaidh McDonald.

Speaking on the phone from his apartment on Manhattan’s Upper East Side, Beal rambles excitedly, touching on his unpredictable live sets, the process that spawned Nobody Knows, and the grand upheaval that his life has seen in the years since that spell on the streets of Albuquerque.

You’ve mentioned before that being onstage can be an uncomfortable thing for you, but people have been struck by your live performances. Is performing just something you’ve grown into?
It’s still very much something I struggle with. I always approach the stage with a feeling of extreme trepidation, but that’s the only way I can give a decent performance. That’s the reason why being onstage is disruptive. It’s nice when things go well, but it’s horrible when things don’t go well. I’d rather not risk it. I don’t want to be judged every night. I don’t want to have to recreate a feeling of spontaneity in a very contrived fashion. Sometimes people can be very reluctant to go along with you, despite the fact that they paid the 12 or 15 dollars to come to the show.

It’s strange that the act of performance feels unnatural to you, because you seem so at home onstage.
I can’t afford to just stand up there and play my songs, because I don’t hold an instrument. In many ways, I’m very glad that I don’t hold an instrument. Bands are content to just stand in one spot. They think they look pretty cool playing guitar, and for me, it’s not about music. I have very little interest in music. For me, it’s about promoting the concept of “Nobody.” That means I want you to look at the stage and see that symbol emblazoned on my chest and in other places, and realize that you’re essentially staring at yourself. The stage extends outward. People prioritize live performance a bit too much, but you have to use the stage in order to give that message. Hopefully I’ll get to the point very soon that I don’t have to perform live anymore. I’ll get to just record music and write and still have a voice. An individual face is disruptive to a concept or an art form. It attaches too many things to it: culture, sex, status, and all this other bullshit.

Tell me a little bit about Nobody Knows. How long have you been at work on the songs that make up this record?
Well, the songs were written in Albuquerque. I have maybe 175-200 songs [from back then]. They’re all archived, but they’re just rudimentary melodies. I was just experimenting at the time. I went down to a studio in Amsterdam, and my studio engineer didn’t know what the hell I was going to do, because he knows that I’m not trained on any instruments. He wasn’t aware that every song I’ve ever sang is imprinted on my mind. He was like, “Alright, this is going to be an interesting experience, if not a complete debacle.” 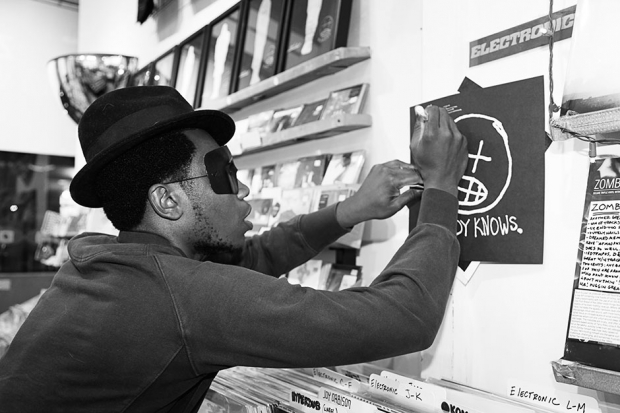 After a steady diet of hash muffins and coffee I went in there the first morning, and I just pressed the same note on the piano over and over while laughing to myself. Then he started to get really nervous. Suddenly I started putting something together, and I asked him to loop it. We realized that was going to be the process, tinkering with each instrument and looping it, all the while having the lyrics and melody in my head. The other half of the record was played by other people and based on original compositions I’d done. I don’t really mind that kind of collaborative process because I’m still controlling everything. I tell the producer if I want strings or an added bassline or anything else. I consider myself a composer, but as far as sitting down in front of everybody with an acoustic guitar, that’s just not going to happen.

Did the fact that you were recording this as your first proper album for XL affect the way that you thought about the songs?
No, I had always intended on going into a proper studio, because I always knew I was capable of making a great record. I actually went into the studio to record a demo so that XL could know whether or not I was good enough to sign over a four- or five-record deal. Based on those studio demos, they signed me. I was working at FedEx at the time. [XL] has been very good to me, but once [Acousmatic Sorcery], finally came out I began to get very self-conscious. It’s been a tough two years, because I’ve been on tour, and my live performances are dynamic in comparison to the record.

Even so, that album gave you the most attention you’d ever had. How different does your life now feel compared to your life back in Albuquerque?
Well obviously making music is now my primary concern. I don’t have to go to work in a conventional way. Now when I make something, I’m imagining how this is going to sound to a number of people while still trying to remain honest. I fight between extreme contempt for the industry, contempt for myself, and a lack of faith in my abilities. Many times I think that my music, lyrics, and everything I’m talking about is either antiquated or completely archaic, and that there’s really no hope in me continuing. Other times I’m thinking, “I’ve been given this opportunity, and as far as I can tell, the people around me are fairly competent, so they wouldn’t be involved if this were a shit show.”

Tell me about the concept of “Nobody” that you mentioned earlier.
Well the tagline [for the album] is “I am nothing. Nothing is everything.” With the record, there’s going to be a manifesto by the same name that I wrote. It talks about how all over the world, but particularly in America, the businessman has always encouraged you to focus on other things, things beyond yourself. They want you to focus on yourself, and the reason you focus on yourself is because they want to make money off of you. They have products to make you a better version of yourself. They’re telling you, “You aren’t good enough.” And they capitalize on your insecurities. They rope in the masses like sheep. Everyone wears the same clothes and everyone goes to the same music blogs and everybody does the same things. Trends aren’t bad, but I feel like as a culture, my generation has become a thrift-store generation. We pick up shards of the past until nothing means anything. People talk about change, but are they really willing to sacrifice the life they lead for that? Essentially, Nobody is rejecting society’s idea of identity and going to a room or the middle of a forest and embracing your own thoughts and your own direction and how to govern your own life and your own taste. You push away from everything that they tell you to pay attention to.

Like what?
The Internet. I’m on the Internet all the time, and the only thing I do is Google myself!