'ARTPOP' star panders for claps over trap-smattered wobble and hum 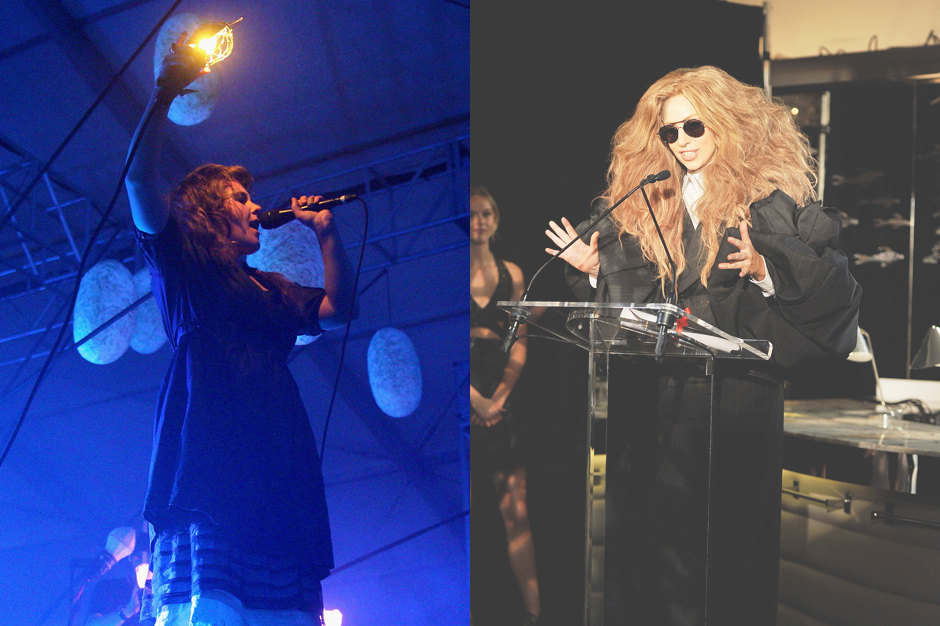 Lady Gaga and Purity Ring may not seem like the most obvious team-up, but that’s what makes it all the more interesting. Each entity certainly shares an interest in subverting pop expectations, and each does like to dabble in the trap on occasion. Also, taken on its own, “Applause” is a bit flat — pushed out of the charts’ upper echelons and into the Kia commercial hamster wheel by the likes of Katy Perry, Miley Cyrus, and Lorde. So it’s a bit heartening to know Mother Monster is prepping a proper remix EP for the ARTPOP single that almost wasn’t. The Applause Remix EP is out October 1, and the first share from it comes from Purity Ring.

Over at Dazed, the group’s production half Corin Roddick explained his process: “The first thing I did was delete everything but the vocals. With a remix I don’t think any of the original instrumental should be used, so I just listened to vocals on repeat and took it back down to a blank canvas — just a capella, to imagine what could be around it.” Considering Gaga’s warbly, overly dramatic vocals are the polar opposite of Purity’s Megan James, it’s a pretty fascinating feat on Roddick’s part. The new backing consists of dubstep wobble-thrusts, digital spangle, and stuttering percussion work, of course. Put your hands up, make ‘em touch: