Bon Iver’s Justin Vernon: ‘Volcano Choir Is Where My Heart Is’ 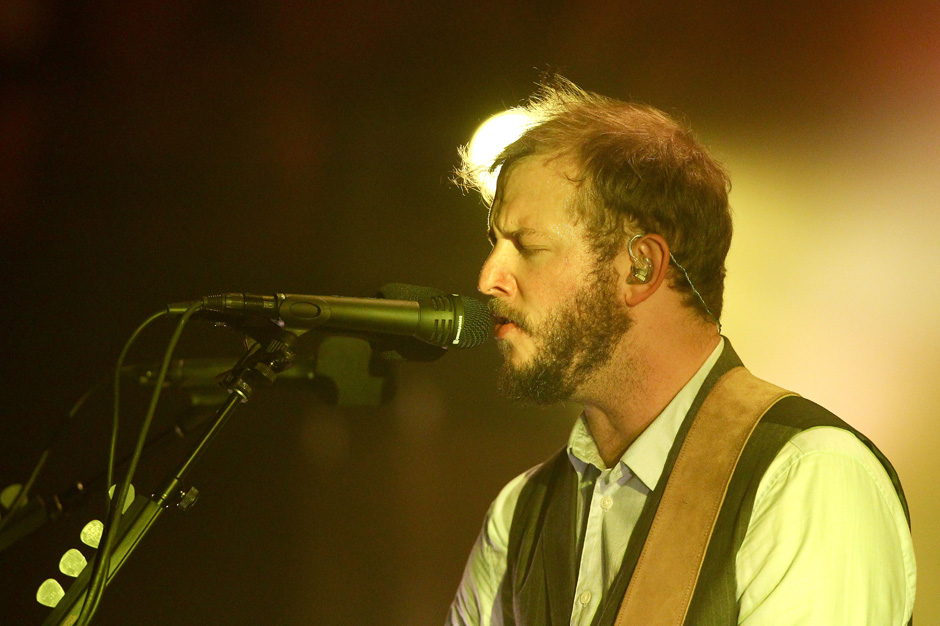 Justin Vernon has released two albums this year, neither of which are credited to his main gig, Bon Iver. April’s Grownass Man LP was birthed by his Shouting Matches project, and the freshly dropped Repave comes courtesy Volcano Choir, Vernon’s team-up with Collections of Colonies of Bees. Now, with Bon Iver’s most recent LP two years behind him, the singer-songwriter says that he’s in no rush to revive the beloved moniker. Instead, Vernon considers Volcano Choir to be his primary focus.

The men of Volcano Choir took part in an Ask Me Anything (AMA) session on Reddit today (September 4), and when the inevitable question regarding Bon Iver’s future came up, Vernon responded thusly: “no plans, not sure what I or the world needs from that perspective anymore. We’ll see. VC is where my heart is at these days.”

Elsewhere in the fan-led Q&A, the 32-year-old explained, “[Volcano Choir] isn’t a side project for me. This is a project. Side implies that I need or care about another project somehow more or it defines what else I do. Its just not the way I see it. The ideas become separate because [they’re] in different environments with different chemistry and different pathways set out for the particular project. With Volcano Choir, [it’s] the most BAND — all together, in it evenly — scenario.”

In a recent interview with an Australian radio station (via the NME), Vernon said that he isn’t in the right “headspace” to even think of following up Bon Iver’s Grammy-winning sophomore album. “I don’t really write songs anymore,” he said. “The last Bon Iver record was a very ‘sitting down with a guitar and writing’ kind of record. I really have to be in a specific headspace to even begin to illuminate an idea that would create another Bon Iver record, and I’m just not there.”

Vernon continued, “I’m really honored that Bon Iver gives me a platform to do whatever I want, but there’s only so much time you can spend digging through yourself before you become insular. I’m not in a hurry to go back to that temperature. All of the music I’ve been making shifting away from Bon Iver feels really good… So if I ever do go back to Bon Iver it will be all the better for it.”

To sift through Volcano Choir’s full AMA and see what Vernon says about working with Kanye West on Yeezus (“fun”), head over to Reddit.