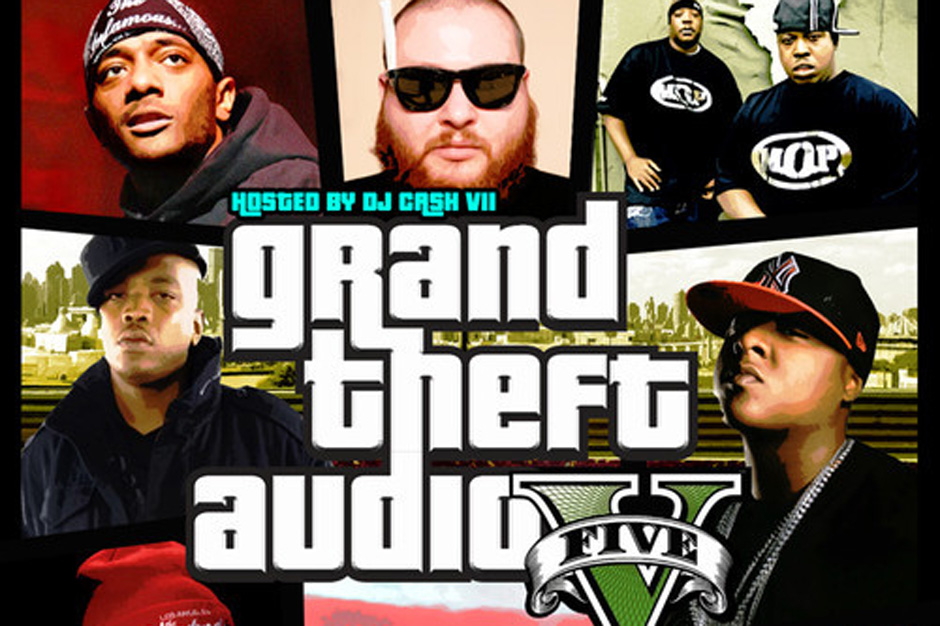 Rockstar Games made a fortune this week with the release of Grand Theft Auto V, raking in a total of $800 million in first-day sales. As a thank you to fans — or, more likely, as an attempt to further promote the absurdly successful video game — the company has teamed with GoodMusicAllDay to craft an exclusive mixtape pegged to GTA V’s monumental debut.

Hosted by DJ Cash VII, the 26-track set clocks in at about 90 minutes and features exclusive material from Tyga, Action Bronson, Kool G Rap, Jadakiss, Roscoe Dash, Prodigy, and many more. Scroll down to stream the star-studded collection — which is splashy in some spots and bleakly sleek in others — and download it for free via Sharebeast. Fans can also head over to GoodMusicAllDay to enter a contest to win some Grand Theft Auto-minted merch.

This project is just the latest crossover between Rockstar and real-life musicians. Flying Lotus, Twin Shadow, Wavves, and OFF’s Keith Morris all programmed playlists for GTA V’s in-game radio stations. Wavves recently performed his original contribution to the title, “Nine is God,” on Conan, and Future’s GTA V one-off “How It Was” leaked online this week.