Harlem rapper accused of wrongdoing during Made in America performance 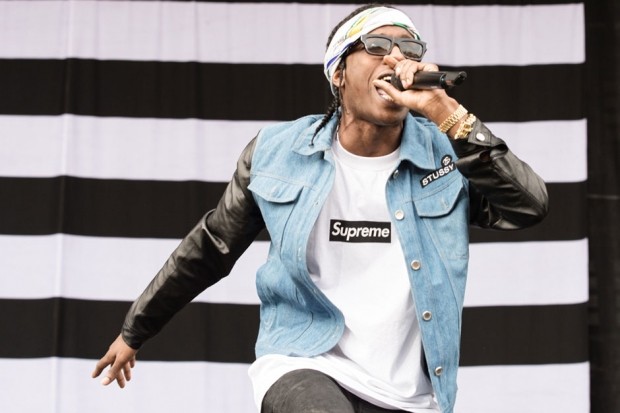 According to TMZ, the Office of the District Attorney in Philadelphia has charged A$AP Rocky with misdemeanor simple assault after the Harlem rapper allegedly slapped a female fan during his August 31 performance at Jay Z’s Made in America festival. The victim — who the site does not name but describes as a “young mom” — alleges that Rocky hit her with an open hand as he waded through the crowd in the midst of his performance on Saturday. She filed a criminal complaint this morning, leading to a review of the case and the eventual decision to proceed with the charges.

The incident marks the second run-in with the law for both Rocky and Made in America, though separately. Earlier this year Rocky pled guilty to attempted grand larceny after a fight with amateur paparazzi, while the festival is dealing with two claims of sexual assault on festival grounds. The MC also was embroiled in a lawsuit in the spring with a man who said the rapper attacked him in a New York clothing botique.

If Rocky is indeed convicted of slapping the unnamed female fan, it will throw cold water on his image as the leader of a new wave of socially progressive rappers. (That and his bumbling but hilarious promotional bit before Macklemore’s performance of “Same Love” at the VMAs.) As far as that investigation goes, one would imagine it would be hard for the police to round-up eyewitnesses, but thankfully for them Rocky’s entire performance was streamed online.