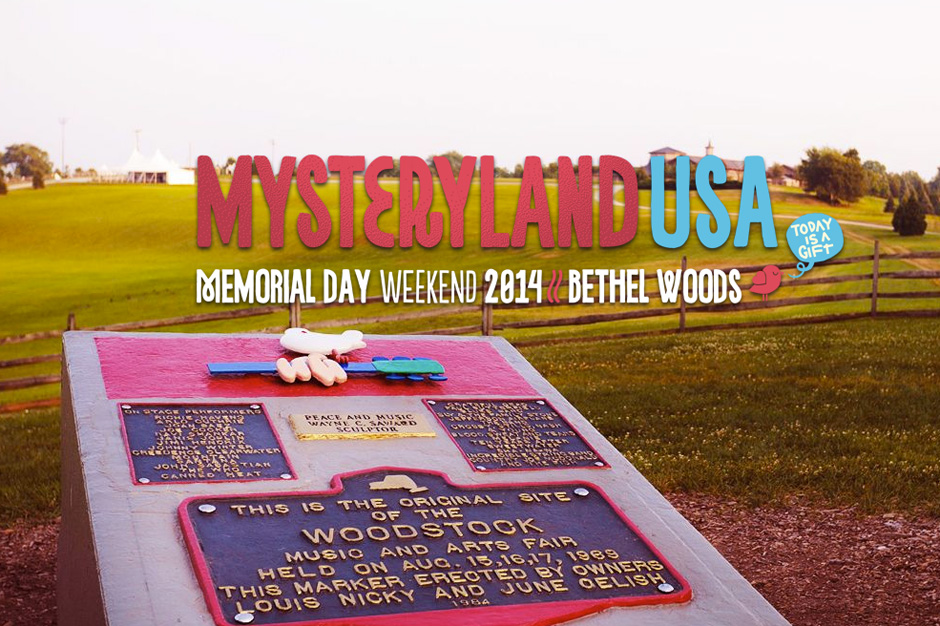 Mysteryland, the world’s longest-running electronic music festival, will finally make its U.S. debut next year, and organizers have locked down a historic location for the occasion: Bethel Woods, the site of the original 1969 Woodstock festival. Forty-five years after the legendary peace, love, and music fest, the upstate New York venue will host Mysteryland during Memorial Day weekend, from May 23 through May 26, 2014.

The booking is quite the coup for event organizers ID&T — promoters from all over the globe have tried for decades to bring large-scale festivals to the site. According to an official announcement, ID&T were in talks with the owners of the Bethel Woods grounds for about a year before earning approval.

“We chose ID&T’s Mysteryland brand as the first modern era festival on the hallowed grounds for its belief in many of the same principles as our own organization,” Darlene Fedun, CEO of Bethel Woods Center for the Arts, said in a statement. “Creativity, unity, social responsibility and a focus on the ‘experience’ of the guest. We are delighted to be working with an experienced festival creator and an organization of such high core values.”

Fans hoping to secure a ticket to next year’s U.S. showcase can sign up for passes at the festival’s official wesbite. Tickets will be sold in order of registration in about two months, with more details to come.