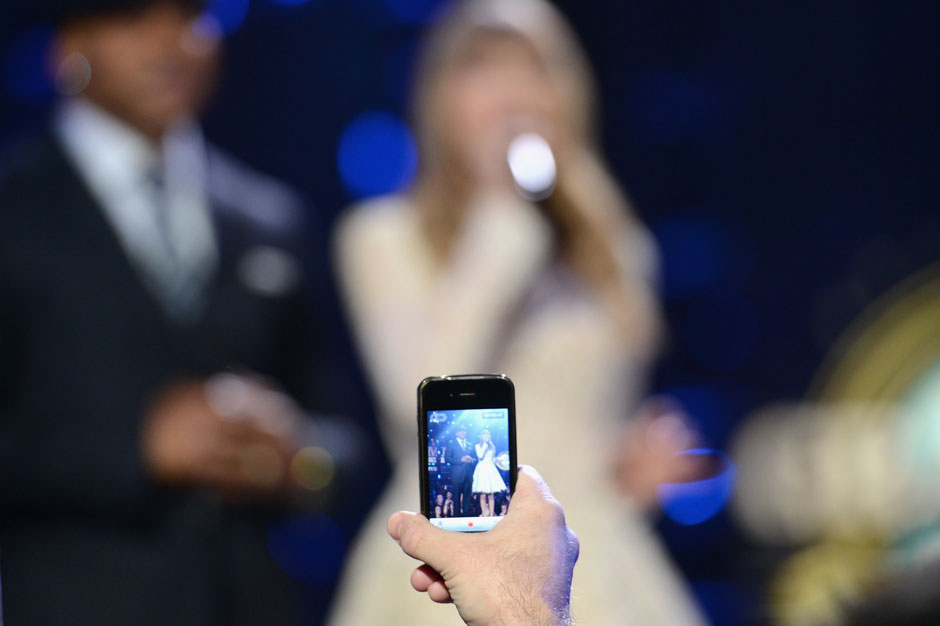 The music listening experience, for all but a handful of vinyl stalwarts and cassette label junkies, has become fully digital. Spotify, Pandora, and iTunes provide the songs; phones and laptops put them in our ears; and for the majority of us in the rat race, music is completely divorced from the physical realm.

The same cannot be said of the live stuff, which, by definition, requires that staid analog process of standing (or sitting, if you’re old) in front of people playing instruments (or laptops, if you’re young). But even though the main component of live music leaves out the smart phone, the rest of the concert-going experience is ripe for digitization and app-ification. At least that’s what a handful of tech types are counting on. Among them is Sean Parker, that guy from Napster who became that guy Justin Timberlake played in The Social Network who became that guy with the LOTR wedding. Parker recently kicked some cash toward WillCall, a smartphone app that presents a select list of local shows and allows users to listen to the band, buy tickets, and invite friends out. So far it’s only in San Francisco and New York, two cities littered with little known artists playing dozens of venues every night. WillCall guides people through the weeds by providing a curated list made specifically for the kind of young, attractive, skinny people in its shiny commercial. If you follow the app’s advice and actually attend a show, it opens up even more possibilities. Want to tip the band or buy a T-shirt? WillCall does that too.

SoundHalo is another game changer with a big-name backer. Thom Yorke, noted enemy of streaming sites, has teamed up with the service, which produces professional video and audio mixes of shows and makes them available to fans in real time. SoundHalo is out to create a world in which bootlegs of live shows are well produced and not bootlegs at all. It wants to allow fans to relive their experience without choppy, low-res videos shot on a grease-stained iPhone. It also wants to help artists make money.

WillCall and SoundHalo are only two apps in a crowded market. Some of their compatriots are dead simple, including Bandsintown, Gigbeat, and Songkick, which all want to be your go-to source for concert listings. Others are pretty out there: Sonic Notify lets bands communicate with your phone via high-pitched frequencies; Ampd lets fans vote on the next song a band will play. Some of these are extremely useful, others are utter nonsense. All are reason for optimism. The more technology and live music are integrated, the more sustainable the business models for small clubs and touring bands. For people who occasionally like their music to come from human beings, that can only be a good thing.