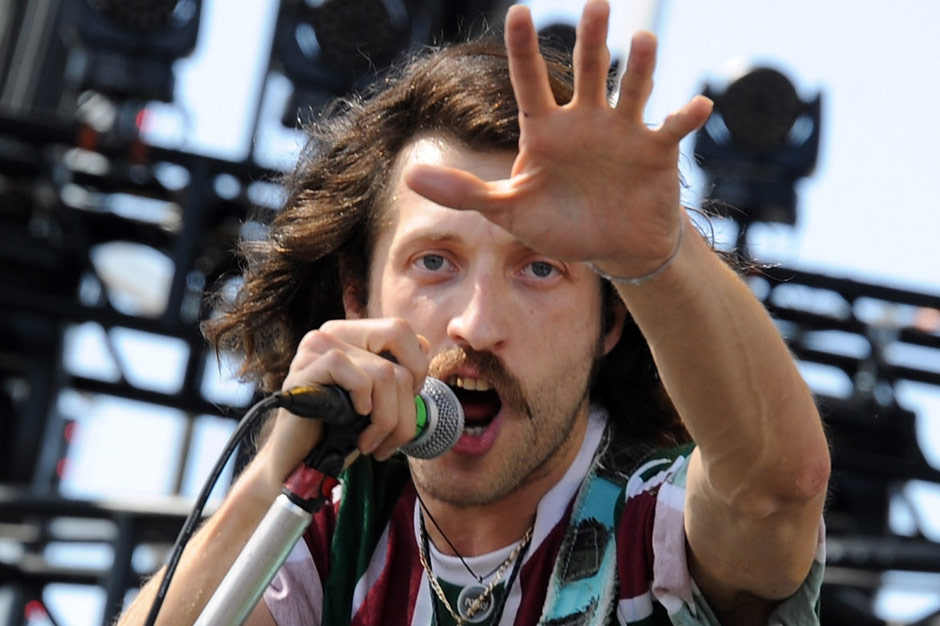 While Gogol Bordello are celebrating the recent release of their excellent sixth album, Pura Vida Conspiracy, a former band member is suing frontman Eugene Hütz for $950,000 over an alleged financial scheme. Wisely, the occasional actor began preparing his defense c. 2005 via Everything Is Illuminated: “Forgive my speaking of English … as I’m not so premium with it.” He did ask some highly unusual questions about accounting at the time.

According to lawsuit filings, guitarist Oren Kaplan — who left the gypsy punks in 2012 — contends, “Hütz brazenly absconded with approximately half a million dollars from the bank accounts of the Gogol Bordello entities and deposited those funds into the accounts of new companies which are wholly owned by Hütz.” As The Guardian reports, the two shared accounting duties until 2009, when the singer took over and started paying himself double: $130,000 a year. Kaplan was getting paid $57,000, he says

Far scummier, the aggrieved ax-slinger says Hütz told him to take a hiatus in order to grieve for his recently deceased mother, but actually just wanted him out of the picture so he wouldn’t share in the profits of a lucrative song sync. “Hütz accomplished this ruse by feigning concern for plaintiff … and encouraging plaintiff to take an extended leave of absence from the group, during the very time when the group would be recording its song for the Coca-Cola commercial.”

So now Kaplan is asking for $950,000 in personal damages. He claims that he improved the band’s musicianship and finances, should be paid more for royalties, and that Hutz somehow “tricked other band members into signing ‘consent forms’ to kick Kaplan out of the group,” according to the New York Daily News. The lawsuit also asks for an additional $950,000 to be paid to the other members of Gogol, though they are

Kaplan’s accountant reportedly discovered the shady dealings in a 2012 audit, but it’s unclear whether that happened before or after he left the band after a 12-year tenure. Hütz and the rest of the band (who are probably a little concerned at the moment) have yet to comment. Let the rigid search begin.