Black Flag Love When You ‘Wallow in Despair,’ Especially if They’re Suing You 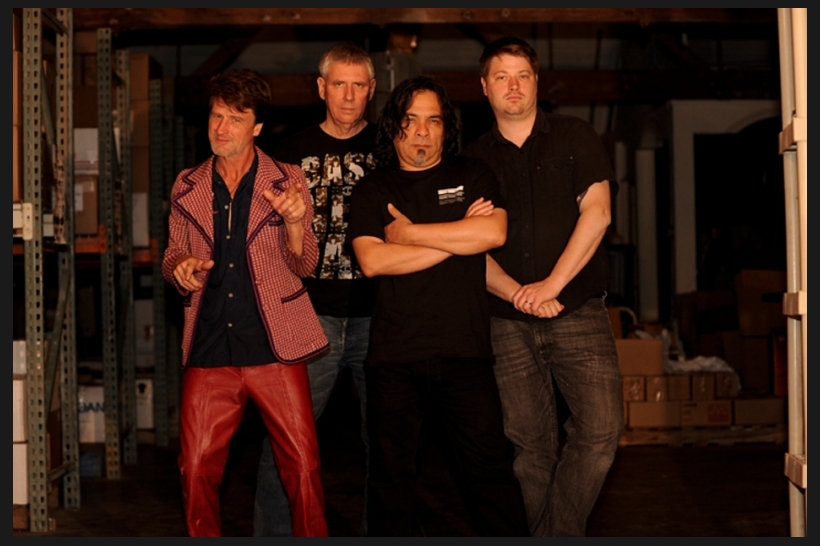 If you’re able to keep the various incarnations of Black Flag straight and have an interest in them that goes beyond their court room drama, then you’re in luck. The Greg Ginn-led group, not to be confused with Keith Morris’ FLAG, has released its third song since reuniting this year. “Wallow in Despair” is quite similar to “Down in the Dirt” and “The Chase,” an aggressive, lo-fi track that could be a shot toward the guys in the other band. “You really crack me up / When you whine about everything and wallow in despair,” frontman Ron Reyes sneers. (But, to be fair, Ginn and the guys in Black Flag have been doing most of the antagonizing lately.)

Ginn recently took FLAG to court, saying the latter’s use of the name is “a colorable imitation” that’s “likely to cause confusion, mistake, or deception among consumers.” Yes, that’s a forefather of punk citing consumer care as a reason why another band sucks. Meantime, they’re supposedly working on a new Black Flag album for release this year, but no recording plans have been announced aside from the three tracks already out there.