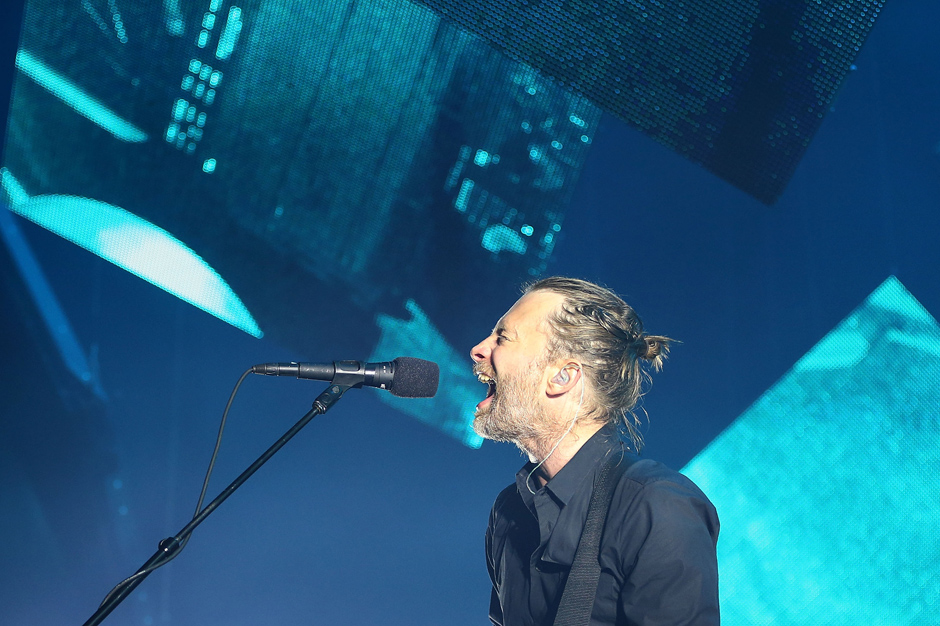 As previously reported, Thom Yorke and Nigel Godrich pulled Atoms for Peace’s Amok and Yorke’s Eraser from Spotify and Rdio after voicing their grief with the streaming service’s alleged inability to pay out meaningful amounts to up-and-coming artists. “New artists get paid fuck all with this model,” Godrich wrote. “It’s an equation that doesn’t work.” He acknowledged that it’s fine enough for artists with extensive back catalogs like Pink Floyd, calling it “money for old rope.”

Of course, the folks at Spotify see things a bit differently. Via Music Week, a spokesman fired back with an official statement from the company, implying that their approach is still a work in progress (“We’re 100 percent committed to making Spotify the most artist-friendly music service possible”), while maintaining that they have indeed paid out big bucks and reinvested in “nurturing new talent and producing great music.”

Not to be outdone, Godrich responded to Spotify’s response in a series of tweets. “The model massively favours the larger companies with big catalogues,” he wrote. “They need new the new artists to be on the system to guarantee new subscribers and lock down the ‘new landscape.’ This is how they figure they’ll make money in the future. But the model pays pittance to the new artist right now.”

Read all of Spotify’s response below, followed by Godrich’s Twitter rebuttal.

Spotify’s goal is to grow a service which people love, ultimately want to pay for, and which will provide the financial support to the music industry necessary to invest in new talent and music. We want to help artists connect with their fans, find new audiences, grow their fan base, and make a living from the music we all love. Right now we’re still in the early stages of a long-term project that’s already having a hugely positive effect on artists and new music. We’ve already paid US$500M to rights-holders so far and by the end of 2013 this number will reach US$1bn. Much of this money is being invested in nurturing new talent and producing great new music. We’re 100 percent committed to making Spotify the most artist-friendly music service possible, and are constantly talking to artists and managers about how Spotify can help build their careers.

Thanks for all the comments received about the streaming/spotify model issue. I would say its about 70% positive and supportive 10% negative and 20% confused. So Spotify say they have generated $500 million dollars for “license holders.” The way that Spotify works is that the money is divided up by percentage of total streams.Big labels have massive back catalogues so their 40 year old record by a dead artist earns them the same slice of the pie as a brand new track by a new artist. The big labels did secret deals with spotify and the like in return for favourable royalty rates. The massive amount of catalogue being streamed guarantees that they get the big massive slice of the pie (that $500 million) and the smaller producers and labels get pittance for their comparatively few streams. This is whats wrong. Catalogue and new music cannot be lumped in together. The model massively favours the larger companies with big catalogues. They need new the new artists to be on the system to guarantee new subscribers and lock down the “new landscape.” This is how they figure they’ll make money in the future. But the model pays pittance to the new artist right now. An inconvenient fact which will keep coming up. I feel a responsibility to speak up when I see something going on which I think is unfair. I’m not bitching about not getting paid. It’s about standing up for other artists’ rights. It’s up to streaming providers to come back with a better way of supporting new music producers. It’s not for us to think up how it could work.. That’s your department. Over.. That’s all I gotta say really. Sorry for the rant.