Streaming service knocks down last brick in the paywall 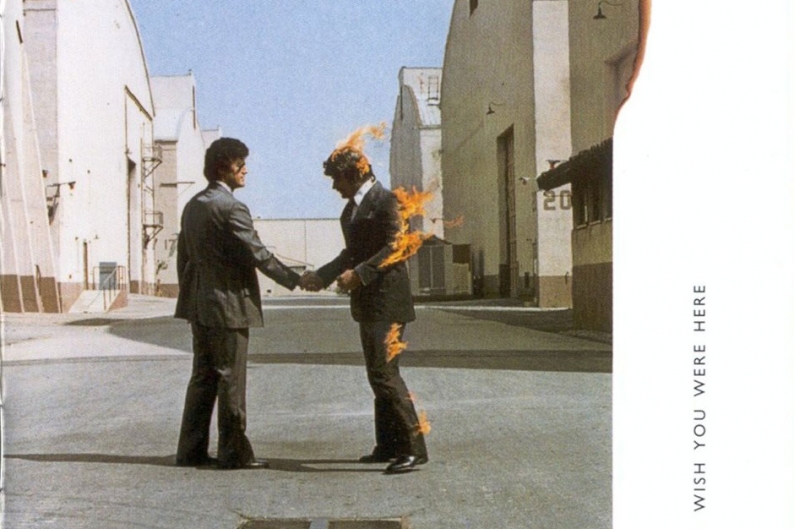 Pink Floyd’s entire catalog is now available for streaming on Spotify. The beloved band’s body of work was unlocked after fans streamed the song “Wish You Were Here” one million times over the past weekend. That track was uploaded to the platform on Friday (June 14), a day after the countdown campaign was announced on Pink Floyd’s Twitter.

“It’s a great day for fans of prog rock, but it’s also a great day for younger fans who have yet to be really turned on to the magic of Pink Floyd,” said Ken Parks, Spotify’s chief content officer (via the Guardian). “That’s a lot of what this is about: bringing a new generation of fans to one of the biggest and most iconic bands in the world.” As lovely as this is for all the Dark Side of the Moon-starved children around the globe, Spotify also has plenty of clout to gain from this deal. Right now, the Swedish company is the only free streaming service that has every single Pink Floyd album in its library. This acquistion comes roughly seven months after Spotify secured the exclusive rights for Metallica’s catalog.

But Spotify does not have exclusivity rights for Pink Floyd’s output. Subscription-only competitors such as Rdio and Rhapsody have been peddling the psych-rock savants’ work for years. As the Guardian reports, Spotify’s refusal to put Pink Floyd’s music behind a paywall stalled the deal. Paul Loasby, Pink Floyd’s manager, said at a music conference in 2012, “When it came to renewing our deal with EMI, we decided we did not want to go with ad-funded, but agreed to go on subscription ones. But when we went to Spotify’s office in 2010, we were declined — it was all or nothing.” Last year, Spotify settled for nothing, and now they’ve got it all: premium users and non-paying listeners can zone out to Meddle all the same.

“[Pink Floyd’s camp] decided, quite wisely I think, that this is the future of music consumption,” Parks said, “that it helps them reach deep into a demographic that is not their core demographic, and that it’s a place they need to be to secure their legacy.”

Now, if only Led Zeppelin could come around…