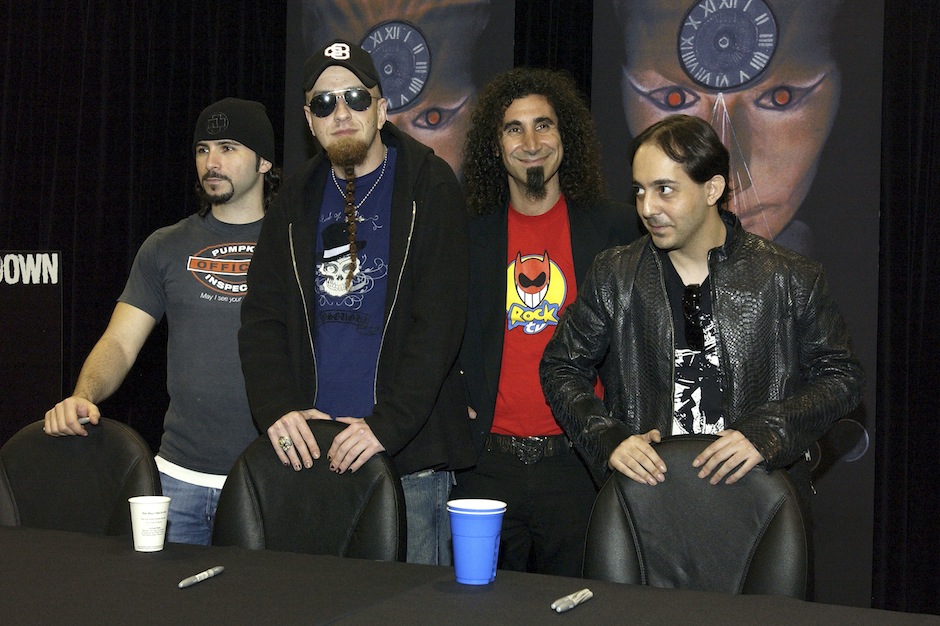 System of a Down are playing a set of European tour dates this summer, but the hard-rock band made a big announcement during a one-off show earlier this week at Los Angeles’ Hollywood Bowl. “Next time we come back here, we’ll have a new fucking album,” drummer John Dolmayan shouted at the end of the July 29 set, a YouTube video shows (via Blabbermouth).

The band hasn’t clarified the statement, but it comes after members’ differences about a follow-up to 2005’s Mesmerize/Hypnotize double album surfaced earlier this year. In May, bassist Shavo Odadjian wrote in since-deleted Facebook posts that singer Serj Tankian was “holding us back” and indicated the rest of the group might be open to recording with a different frontman. System of a Down released a statement disavowing Odadjian’s comments as the result “a temporary state of bad judgment on his part alone.”

Tankian recently expressed no hurry about a new System of a Down album. “I can’t write a forced record,” he told Artist Direct in June. “It’s like romancing someone at a time you don’t want to be romantic.” He added: “A new record requires three years. It’s not something I can do right now. When I can commit to a three-year album cycle, I’ll be down to do it.”

System of a Down’s next date is August 7 at Russia’s Kubana festival. Tankian has had a busy solo release schedule lately, incluindg this year’s Jazz-iz-Christ and Orca. He has also been involved in political activism, including co-writing a song last year with Rage Against the Machine and Audioslave guitarist Tom Morello for Occupy Wall Street’s one-year anniversary.