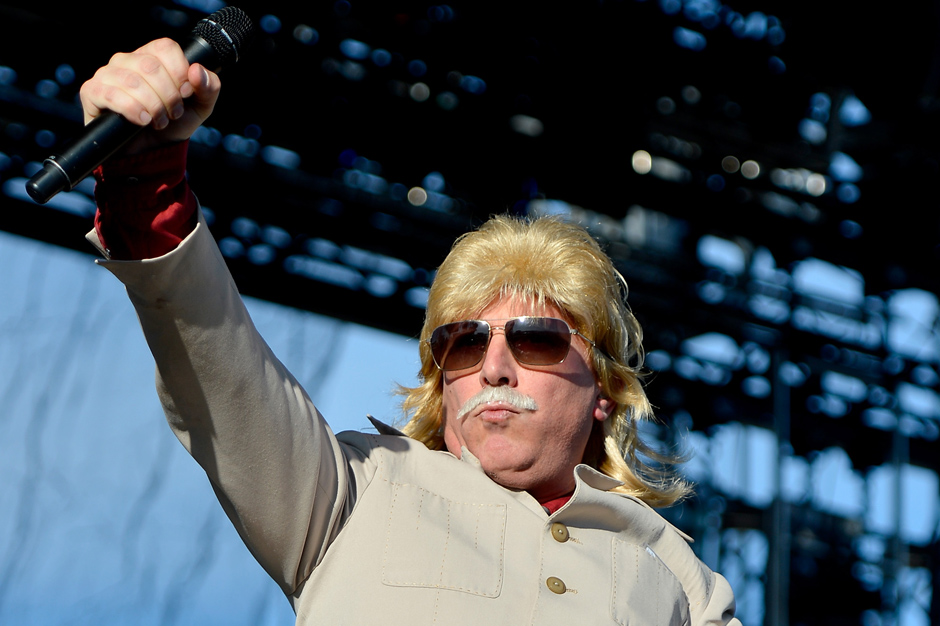 As it turns out, 2013 wound up being the year that the guy who recorded “Baby Got Back” did a warped wub-step remix of the goof-rock side project of the man who founded the biggest prog act of the ’90s. Yes, we can now add one more item to Sir Mix-a-Lot’s running list of accomplishments, which mostly involve finding new euphemisms for “booty,” and opening minds to the plight of the anaconda.

As part of the forthcoming Puscifer set All Re-Mixed Up, the Seattle MC-producer has reworked the titular track from 2011’s Conditions of My Parole. In the appropriately subtitled “F.U.B.A.R. Remix,” Sir Mix maintains the howls, growls, and quasi-raps of erstwhile Tool frontman Maynard James Keenan while lacing the backing track with throbbing bass, chopped drums, glitch flourishes, and pitch-damaged vocals.

The song is currently streaming exclusively at Vibe, while the All Re-Mixed Up long-player is due out August 27 via the band’s own label. Other participants include Queens of the Stone Age affiliate Alain Johannes, Nine Inch Nails member Josh Eustis, Aaron Harris of Chino Moreno’s Palms project, This Mortal Coil founder John Fryer, and singer-songwriter Carina Round, to name a few.

Accomplished though they may all be, none among them made this: