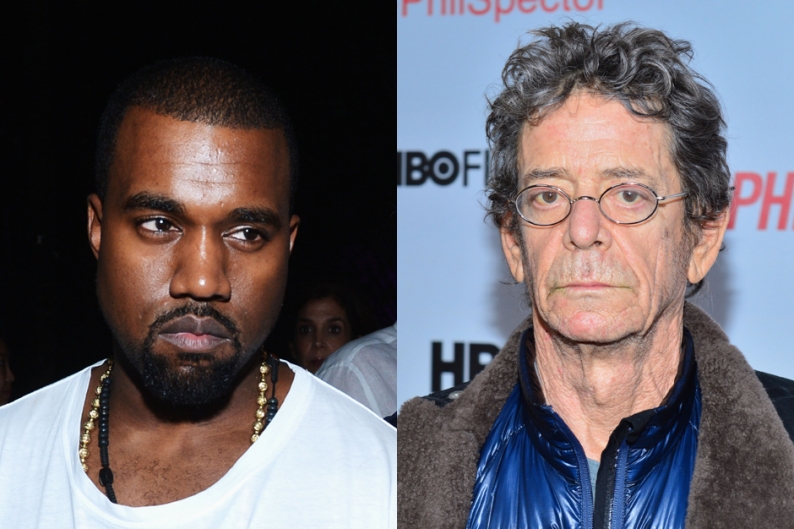 You may think you’re all tapped out, Kanye West think piece-wise, but c’mon, it’s Lou Reed! The Talkhouse this morning brings us a sprawling, fantastic Yeezus review from the man himself, who name-drops everyone from Axl Rose to Marlon Brando to Delmore Schwartz, and holds forth on everything from the record’s first abrasive synth blast (“It’s like farting”) to the album’s resemblance to Reed’s own universe-antagonizing classic Metal Machine Music (“I have never thought of music as a challenge”). A ton of deep insights and killer one-liners here — try “He could kill Taylor Swift and it would all be over,” for starters. As has been noted, a round of applause to everyone who assigned/transcribed/edited this, if indeed those people are still alive.

Reed, meanwhile, continues to struggle with his own health problems: Two months after a liver transplant, he spent part of last weekend in Southampton Hospital suffering from dehydration, though he’s since been released, according to Rolling Stone. We prescribe an invigorating 24-hour loop of “Black Skinhead” (not the radio edit, though) and predict a full recovery.