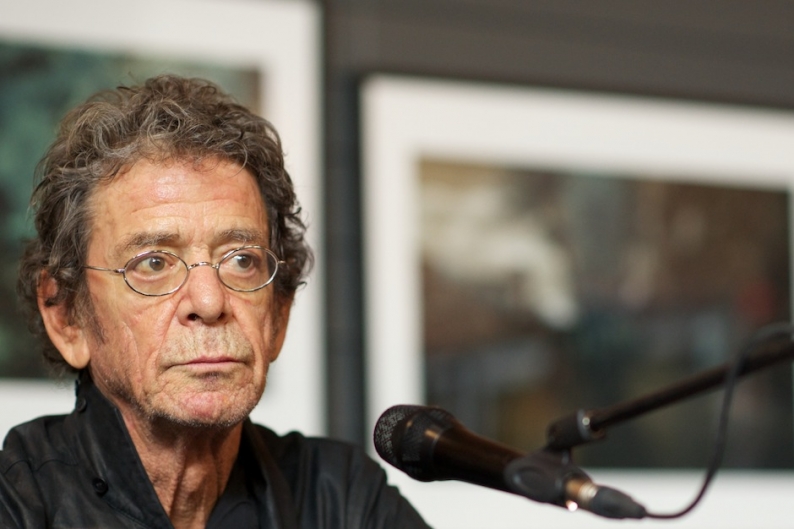 Lou Reed proclaimed himself “stronger than ever” after undergoing a liver transplant earlier this year. We’re happy to say he’s as cantankerous as ever, too. According to London’s Guardian, the former Velvet Underground frontman’s first public appearance since the surgery included some harsh words for digital music and the White House.

Speaking last Thursday at the Cannes Lions International Festival of Creativity, Reed lambasted digital music on both aesthetic and financial grounds. Simply put, Reed said that “it sounds like shit.” While he acknowledged digital music has made it easier to seek out music that was once obscure, he maintained that quality-wise, “It has been reduced to the lowest common denominator.”

As for the economics of digital music, Reed compared his recent royalty checks to the $2.60 he got for playing a bar at age 14. “I understand young people were brought up on downloading, and Steve Jobs tried to make it into some kind of business which benefits Apple, but you get about a sixteenth of a penny,” Reed said. “You used to make a record but they reduced the size of it and put it in this plastic that breaks immediately … You realize they are really fucking with you, so people didn’t want to pay for anything. But meanwhile the musician doesn’t get paid anything. Now making a record is kind of a promotional thing.”

Reed also weighed in on the recent leaks detailing the National Security Agency’s cell-phone and Internet information-gathering program, calling the program “shocking” and “disturbing.” Reed said: “A lot of the things [George W.] Bush would have done, Obama has continued. How did that happen?” M.I.A. recently defended her 2010 song “The Message” in apparent response to the disclosures about the program.