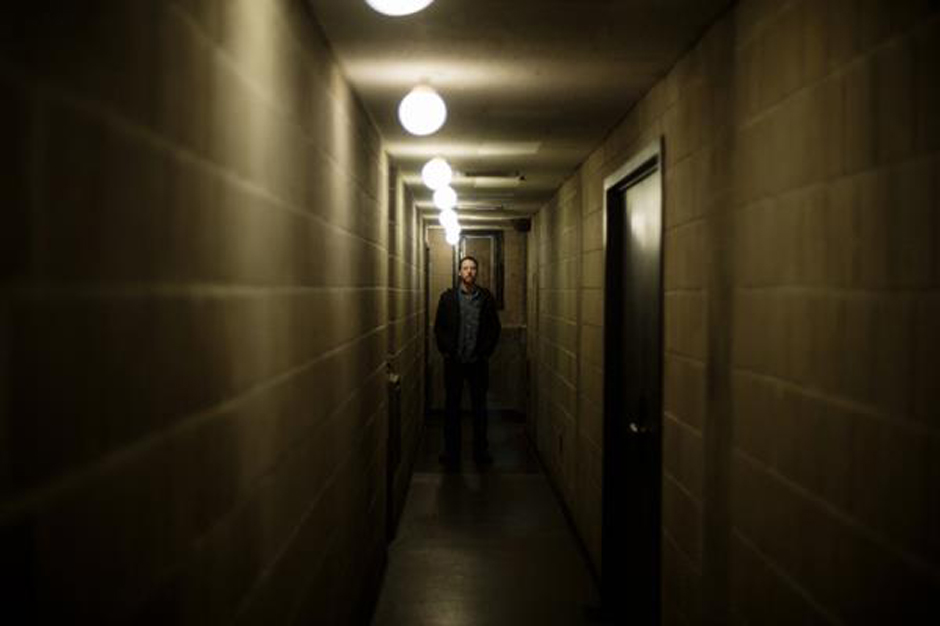 Steve Moore, “Zen Spiders”/”Lwaxana” (Future Times)
Zombi’s Steve Moore says that his new single “Zen Spiders” is “dance music for people who don’t like to dance (or leave the house, or get dressed in the morning).” That sums it up pretty well, although you could certainly sway to it if you wanted to; the drifting arpeggios and lazy pads move like smoke rings on a stifling summer day, but the skipping kick drum and Fairlight stabs lend a breath of fresh air. Pitch it up a notch, and it makes for a lovely complement to Todd Terje’s “Snooze 4 Love”; find a few more, and you’ve got the makings of a DJ mix that’s nothing but infinite intro. Moore says that the B-side track, “Lwaxana,” “is for people who kinda like dance music but are too high to even think about moving.” Substitute “hot” for “high,” if you wish, but the point still stands. It’s an arpeggio-lover’s dream, with intertwined counterpoints wrapping themselves around a slow-motion disco groove while lush, augmented chords waft like cirrus clouds. It sounds slight at low volume, but turn it up and it becomes a full-body experience.

Get the vinyl from Future Times or the download from Moore’s own Bandcamp page. He’s also giving away a free download of “Render Ghosts,” off his upcoming Positronic Neural Pathways tape. That one, he says, “is more for people who hate dance music and only listen to obscure early 80’s UK/EU library LPs (like me). Just a heads up.”

Funkineven, Species EP (Broadwalk Records)
We last checked in with Funkineven via FunkinEvil, his duo project with Detroit’s Kyle Hall, and their profoundly damaged (like, Black Flag levels of damaged) single, “Night.” He sounds much calmer on his forthcoming Species EP: “The Joker” channels Power, Corruption & Lies in its buoyant choral pads, and the feel-good funk chords of “Mars” are as squishy as saltwater taffy. But he’s still courting the same kind of chaos. The wonky syncopations of “Mars” have a disorienting quality similar to Chicago footwork’s unstable polyrhythms, and on “The Joker,” arpeggios and drum patterns stumble like a pair of drunks holding each other up. In its anti-climactic climax, the tempo slows to a crawl — it’s a “French Kiss” remake, basically, with evil laugher in place of an orgasm. So, yeah, still pretty damaged.

Mr. G, Retrospective (Rekids)
No one makes toughness sound more inviting than Mr. G. The London producer favors a version of house and techno that’s stern and brooding, full of flayed open hi-hats, punishing kicks, and lumbering bass lines. Even when suffused with warm funk and soul samples, there’s something undeniably intimidating about his music. Like the ocean, it requires a wary respect; only a fool would turn his back. But it’s welcoming, too. The bass beckons from almost out of earshot; ostinato synths and looped vocal samples commingle into a liquid wash that you want to get deep inside. No minimalist, he’s nevertheless one of the most patient producers in dance music, capable of manipulating a single, nearly static groove to unusually hypnotic effect — an approach that’s the polar opposite of the flash-bang dynamics of commercial dance music right now, with its endless Chutes and Ladders game of builds and drops. Retrospective, a new anthology of singles and unreleased material, is out next week. Two-and-a-half hours long, it’s the perfect opportunity to get immersed in his inimitable sound. (Listen to the full album at Resident Advisor.)

Don’t DJ, ?r?ð.?m EP (Diskant)
Don’t DJ is Florian Meyer, one of the members of Institut für Feinmotorik, an unconventional DJ collective that plays “empty” turntables that have been outfitted, in the manner of a prepared piano, with paper clips and rubber gewgaws. It’s a minimalist proposition, but they’re capable of looping up a pretty formidable racket. The same goes for the Durian Brothers, another of Meyer’s projects, which uses prepared turntables, sequencer, and effects to approximate the polyrhythmic thrum of Konono No. 1. Don’t DJ’s ?r?ð.?m EP (which, if I remember my grad school Old English course correctly, is probably pronounced “Rhythm”) explores a similar sound world of chimes and booming low toms; if its pulse is harder to parse, that might be because it’s reportedly based upon the Euclidean algorithm, which an academic paper linked from Meyer’s website posits as the link between sub-Saharan African music, spallation neutron source accelerators, and string theory. Math majors will no doubt find the text thrilling reading; the rest of us, an excellent insomnia cure. (A sample: “Note that one could proceed one step further in this process by inserting [100] into [10010] [10010]. However, Bjorklund argues that since the sequence is cyclic it does not matter (hence his stopping rule). Bjorklund [5] shows that the final sequence may be computed from the initial sequence using O(n) arithmetic operations in the worst case.”) But no CliffsNotes are necessary to enjoy the record’s rich, bell-tone frequencies and fluttering pulses, which feel as intuitive as they are bewildering. Add this one to your ongoing technoise 2013 playlist.

Die Vögel, “The Chicken” (Pampa Records)
Writing about Dürerstuben’s Sheets of Rane EP earlier this month, I somehow completely missed the fact that “Freiherr in der Wall” is essentially an electro-boogie cover of Survivor’s “Eye of the Tiger.” But there’s no mistaking the source of the voiceover on Die Vögel’s “The Chicken,” another new release from DJ Koze’s Pampa label; no one who has ever seen one of Werner Herzog’s films could fail to recognize the man’s voice as he expounds upon chickens in that inimitable accent.

“The enormity of their flat brain — the enormity of their stupidity is just overwhelming. You have to do yourself a favor when you are out in the countryside and you see chickens. Try to look a chicken in the eye with great intensity.” The sample comes from this interview, and while it doesn’t necessarily seem like something that would fit naturally over deep house, Die Vögel do a masterful job of creating an atmosphere as odd, unnerving, and, yes, funny as the director’s barnyard philosophizing. “They’re very prone to hypnosis,” adds Herzog in the interview; it seems only appropriate that “The Chicken” would be this mesmerizing.