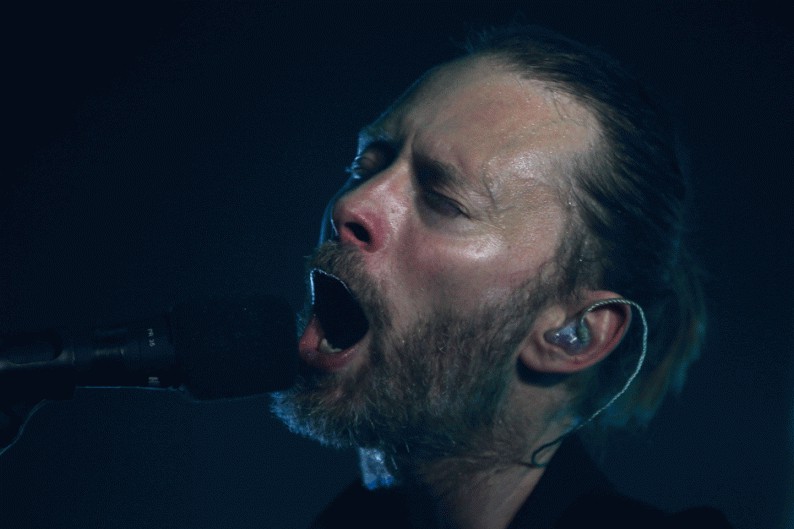 Early mornings may not agree with Thom Yorke, but nevertheless he and his Atoms for Peace producer pal Nigel Godrich braved the a.m. today to make it over to KCRW’s “Morning Becomes Eclectic” for an hour-long DJ set.

Explained Yorke, “This is a remix of [Radiohead’s In Rainbows track] ‘All I Need’ that turned into a new song that no one’s ever heard and we didn’t know what to do with.”

The song is a minimal, down-tempo daze that leans back on a modest beat as Yorke’s croon flutters overhead.

Afterward, host Jason Bentley started to say, “Thank you for this musical…” Before Yorke interrupted him, self-deprecatingly, “Chaos.”

Whichever you choose to ride, you can listen to the whole set here.