Thom Yorke and Nigel Godrich Are DJing the Internet 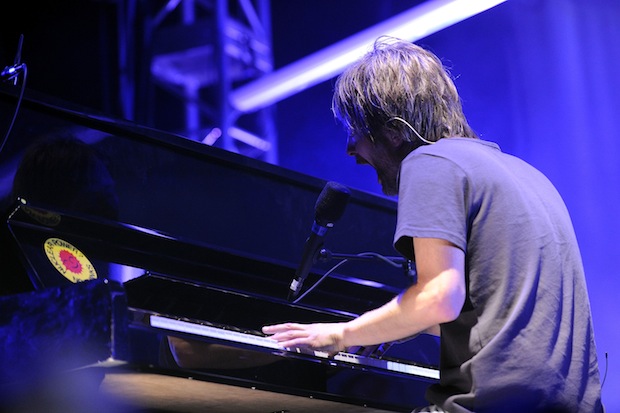 Thom Yorke and Nigel Godrich have been doing their “two turntables and a microphone” act intermittently since Atoms for Peace wrapped up their debut album Amok. Performing a beefed-up version of the traditional DJ set, they’ve gone the way of the modern bedroom beatsmith, recreating their songs live using laptops, modulators, the occasional instrument and, of course, the Radiohead main brain’s golden vocals. They also play a lot of great songs by other people, because they have heard every excellent song on Earth and know exactly what your ears need on this week-capping day of days. Although a series of full-band live dates are on the way — the boys have been rehearsing, after all — Yorke and Godrich have stepped out of practice to gift iconic Southern California public radio station KCRW with a full set of broken beats, select selections, and wonderful howling. There’s supposed to be an interview too. Stream that over at the KCRW website right now.