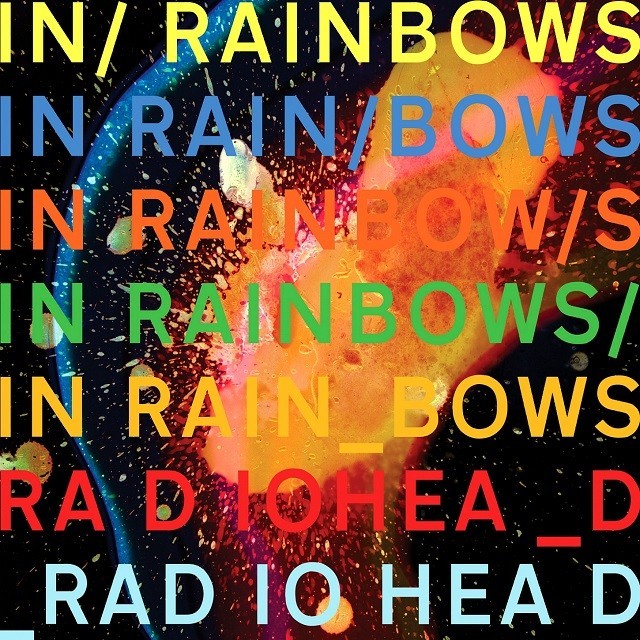 The most ironic thing about Radiohead’s decision to sell their seventh studio album through the band’s website only ten days after informing the world that the record even existed is that Thom Yorke and Co. still aspire to Important Rock Importance at a moment when the Internet’s camera-phone ephemera is making such indelible cultural relevance a seeming relic. Imagine Toyota selling Camrys at a shop that specializes in jet-propulsion backpacks. Gee, you mean power windows come for free!?

In Rainbows also serves as an unlikely paradigm-buster since, musically speaking, it’s actually something of a return to Radiohead’s prerevolutionary days. (You remember, back when everybody sat around campfires singing Nirvana songs while picking bugs out of each other’s hair.) Sure, there’s plenty of texture and soundscaping and funny keyboard noises. (Don’t be surprised if the beat from “15 Step,” which sounds like an army of marching kitchen appliances, crops up on a Kanye West mix tape a few months from now.) But what In Rainbows’ ten relatively straightforward tunes really suggest is that Yorke and his bandmates are no longer obsessively fascinated by process. After a decade of taking apart rock songs to find out how they work, these technophobic gearheads are ready to start putting them back together again.

The album succeeds because all that cold, clinical lab work hasn’t eliminated the warmth from their music. “Bodysnatchers” is the hottest rocker, a nasty little fuzz-bass tantrum in which Yorke announces the arrival of the 21st century seven years late and a few marbles short. In “Jigsaw Falling Into Place,” shaggy acoustic guitars ride a metronomic groove while Beatles-in-India strings swirl on top. Halfway through “15 Step,” a group of kids briefly appears to cheer Yorke’s confession that “I end up where I started.” “Weird Fishes/Arpeggi” proves definitively that Radiohead can write a Supergrass song whenever they want to. (It’s unclear if this is something anyone’s been wondering.)

Yet In Rainbows isn’t all old-fashioned guitars and vitriol; the album also boasts a handful of gorgeous quiet-storm ballads that seem to have been imported from a time even less troubled than the late ’90s. The best one is “House of Cards,” on which Yorke reveals his plan to become the new Prince: “I don’t wanna be your friend,” he coos. “I just wanna be your lover.” “All I Need” is randier still, with the singer describing himself as “an animal trapped in your hot car” over slo-mo hip-house piano and a humid R&B beat.

But on a Radiohead album, as in life, reality beckons — soon enough, on “Faust Arp,” Yorke is curdling a folk-pop idyll with bad news: “I love you, but enough is enough.” Sigh. I wonder what Britney’s up to today?