Talks are ongoing, but it's supposedly "not about money" 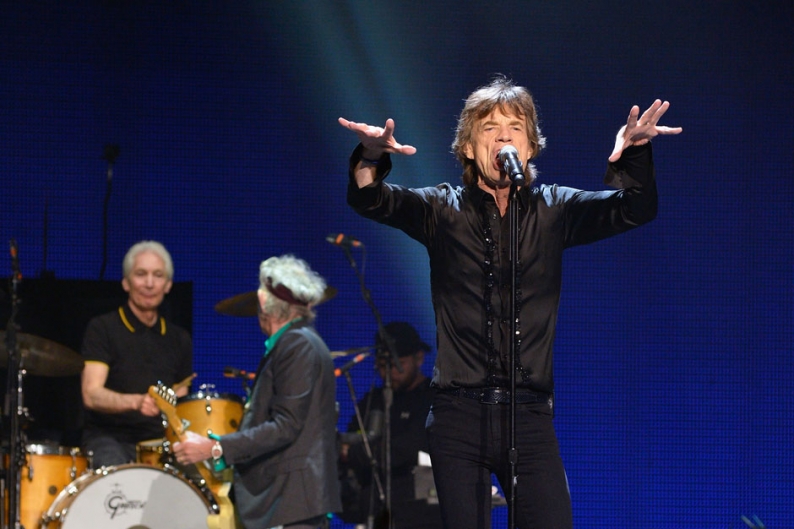 The Rolling Stones will play for more than two hours straight at this year’s Glastonbury Festival. Organizers have announced set times for the annual showcase, which runs from June 26 to June 30 in Pilton, England. Therein, it’s confirmed that the “50 & Counting” rock legends will be onstage for a total of two hours and 15 minutes, from 9:30 p.m. to 11:45 p.m. on Saturday, June 29.

Fellow headliners Arctic Monkeys and Mumford & Sons — who are playing on June 28 and 30, respectively — will each perform 90-minute sets. The Stones’ gig will conflict with live shows from Public Enemy, Fuck Buttons, Chase & Status, Hurts, Boys Noize, and Vintage Trouble, among others.

For those who don’t have passes to the sold-out event, this year’s Glastonbury will be the first installment to be live-streamed. As Fact notes, the BBC will broadcast footage over four television channels, four radio stations, and several digital outlets. Fans will be able to watch more than 250 hours of live music from over 120 acts, which is great.

Except for one major caveat: Viewers will only be able to stream the first four songs of the Rolling Stones’ set. Apparently, it’s strict professionalism that’s making the “Satisfaction” singers hold out, and not the idea that a bunch of freeloaders would enjoy a greatest hits set without plunking down hundreds of dollars.

“It’s not about money,” a source told the Independent. “This show will go around the world. If there’s torrential rain it will play havoc with their performance and they want to sound and look at their best. There’s a lot of factors out of their control.” Organizers says that talks with band over what can and will be streamed are ongoing.

The Stones now have three dates left in their North American tour — June 18 and 21 in Philadelphia, June 24 in Washington, D.C. — before they head back to England to play Glastonbury for the first time.

Head here for a full breakdown of every Glastonbury gig happening between June 26 and June 30.