The Pharcyde Keep on Passin’ Their Contract By, Claim the Pharcyde 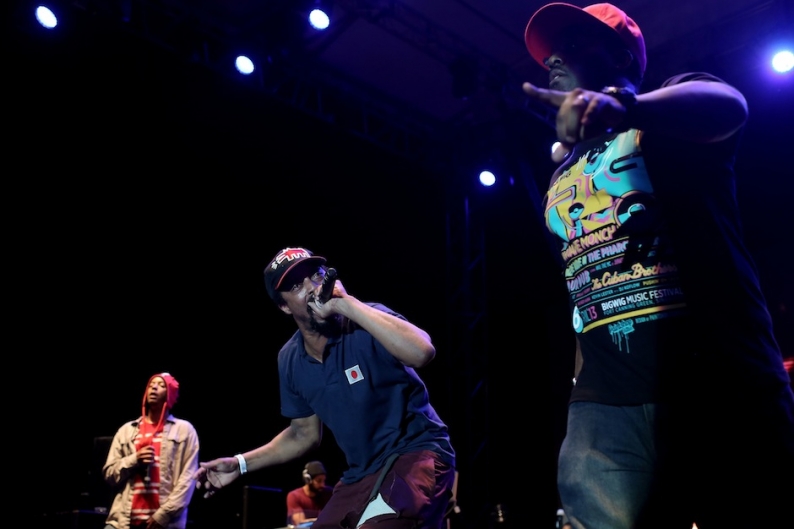 Damn, we wish the Pharcyde weren’t in such a snit. Last year, the pioneering Southern California rappers basked in the 20th anniversary glow of their leftfield classic debut album Bizarre Ride II the Pharcyde and its self-deprecating single “Passin’ Me By.” More recently, they’ve taken to fighting each other in court.

As AllHipHop reports, Romye “Bootie Brown” Robinson and Trevant “SlimKid3″ Hardson have sued fellow Pharcyde members Imani “Imani” Wilcox and Derrick “Fatlip” Stewart in a dispute over the influential rap group’s name. Filed in Los Angeles, the federal suit reportedly claims Fatlip and Imani have wrongly been using the Pharcyde name for shows despite both quitting the group more than a decade ago. According to the complaint, Fatlip and Imani agreed to a 1997 deal that gave Bootie Brown and SlimKid3 full control over just about everything Pharcyde-related. Everyone allegedly agreed to these terms again after the group’s short-lived 2008 reunion.

Bootie Brown and SlimKid3 accuse Fatlip and Imani of improperly setting up shows as the Pharcyde in recent years, sometimes in cities where their former partners were also slated to appear around the same time. The list of the sued Pharcyde half’s alleged faults is long and legalistic: breach of contract, trademark infringement, violation of right of publicity, unfair competition, and unjust enrichment. It’s unclear whether Bootie Brown and SlimKid3 are seeking monetary damages, but that’s how these things usually work, isn’t it? “Otha Fish” in the sea, sure, but there’s only one the Pharcyde. Or so we thought.

Last year, SPIN spoke with Fatlip about 20 years of “Passin’ Me By.” We also chatted with Bizarre Ride II the Pharcyde producer J-Swift.