Peru, Chile, Brazil, and Argentina to receive the Mozzer 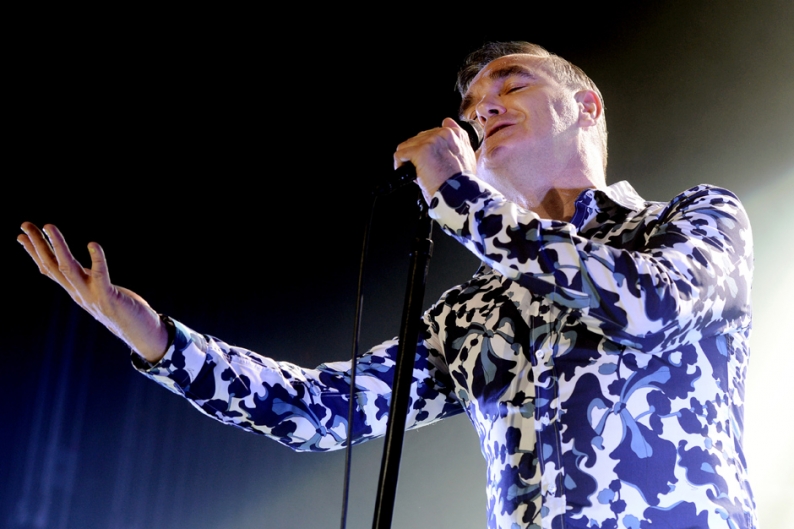 Morrissey will be touring South America in July. The former Smiths singer had a birthday last month — we celebrated by listening to a robot read his life story— which we’re guessing left him feeling restored. Earlier this year, of course, he had to cancel his then in-progress North American tour due to health concerns which turned out to be quite serious. There was the bleeding ulcer, the Barrett’s esophagus, and that whole double pneumonia thing. Then we learned that the Mozzer was resting up in Mexico City, and that his doctor strongly suggested he retire. But if there’s one thing you can count on from this man, in sickness or in health, it’s for him to do the exact opposite of what he’s told. And considering how healthy hisLos Angeles arena show from the crowd, we’re happy for his fans down south. True to You reports that Kristeen Young will open all shows. No mention yet as to North American dates.