Earl Sweatshirt Drops ‘Doris’ at the Height of Summer 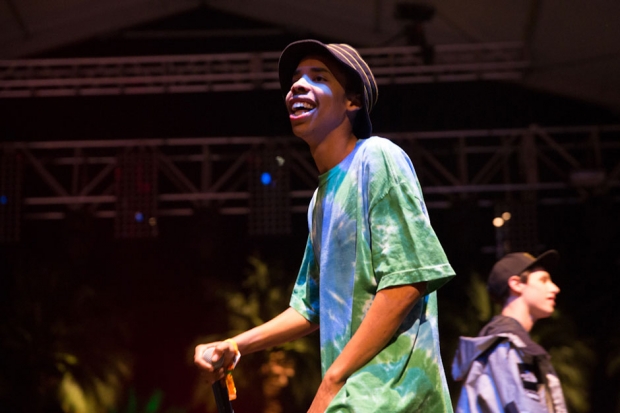 Details of Earl Sweatshirt’s new album Doris have been scarce, but yesterday the Odd Future rascal revealed to MTV Australia that he plans to release it in late July. “I’m wrapping everything up so it’s coming out in July,” Earl told MTV Australia. “I can’t wait for this shit to come out already so I can finally exhale.” Of course, it’s hard to know whether Earl and Tyler, the Creator (who chimed into the interview to say “You heard it here first, end of July!”) are telling the truth or just messing around.

Earl — whose debut solo album EARL is one of the best records to come from Odd Future — has not yet released a solid track list, but it will almost certainly feature the two singles “Chum” and “WHOA.” He’s also released a song with Mac Miller, the woozy “Guild.” Pharrell produced “Burgundy,” and “Hive” was created with fellow L.A. young guns Vince Staples and Casey Veggies.

Earl will be at Bonnaroo next weekend and will most likely play a Doris-heavy set.