Yuck aren’t scared. Despite the recent departure of one of their principal songwriters and lead vocalist, Daniel Blumberg, bassist Mariko Doi, drummer Jonny Rogoff, and guitarist (and new frontman) Max Bloom are in surprisingly good spirits. “Obviously it’s a shame that things happened this way,” explains Bloom of Blumberg’s departure. “But I’ve been making this album for a really long time. Even before the first album was released I had big plans and ambitions for the second album.”

That’s the prevailing sentiment in the studio during the recording of Yuck’s forthcoming sophomore full-length, slated to arrive this fall. And though there’s a feeling of disappointment surrounding Blumberg’s decision to pursue his Hebronix project (with a first LP set for a July 9 release), there’s also palpable excitement from Bloom, Rogoff, and Doi as they explain their next outing. Citing “swift transitions and good segues” as their goal, Bloom foresees a break from their well-received debut. “The approach for the first album was to write as many songs as many songs as possible and then cut those down to an album,” he says. “[This time] I wanted to make a proper journey from beginning to end, rather than just a ‘Best of [the last] two years.'” 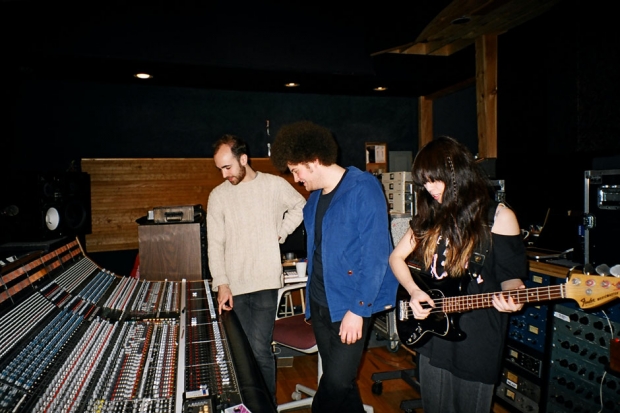 But the new record has also forced the once fiercely independent Bloom out of his comfort zone. Inspired by the work he’d done with their first American tourmates, Smith Westerns, Bloom chose producer Chris Coady (who has also recently contributed work to Delorean and Cold Cave, among others) to helm the boards for this new record. Bloom says he was afraid that a studio environment might produce “soulless, shit recordings,” but he’s finding that Coady’s careful hand is lending itself well to more expansive aims. Hunkered down in tiny Hurley, New York, two hours north of Manhattan along the Hudson and a 15 minute drive from civilization by Bloom’s estimation, Yuck are hard at work in Dreamland Recording Studios, the same church-set studio space where Coady coaxed 2010’s Teen Dream out of Beach House. “It’s in a forest and secluded,” Bloom says. “You can go about your work without outside interference.”

And a large portion of that work, for Bloom, seems to be owning his new role as the frontman of the group. Though “Operation,” from the band’s debut, also bore Bloom’s pipes, he notes that there will be “some barriers to get past” as he moves into his new position. “You can hide in a corner when you’re just playing guitar,” he says. But with Blumberg’s departure, the days of hiding out in the shadows of the stage are over for Bloom. His calculated plan for a more focused and cohesive record seem to suggest that, despite the turmoil that’s befallen the band in the last several months, he believes the tides have turned fully in their favor. Holed up in a professional studio for the first time, with the reins turned over to a professional producer, Yuck seem poised to move forward. “We just wanted to carry on make something amazing,” says Bloom, “It’s a shame, but I think things will work out the best for both parties.”

In The Studio, Yuck