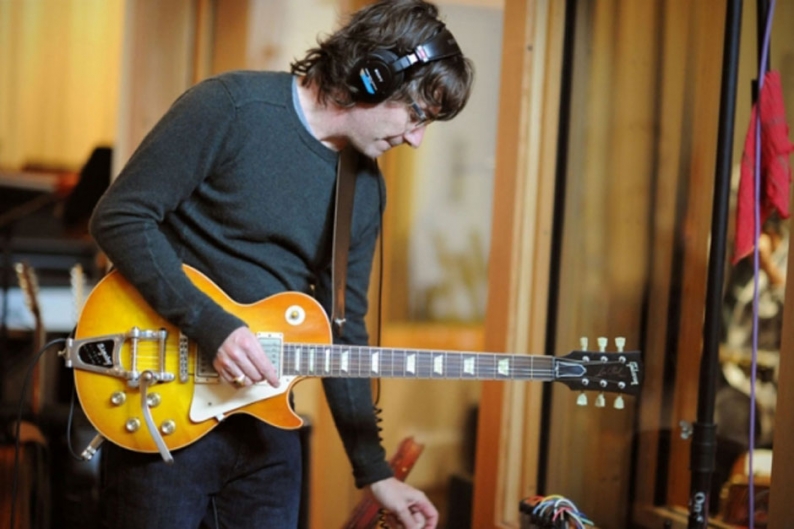 Last week, Pearl Jam guitarist Stone Gossard shared “King of the Junkies,” the sixth track off his upcoming sophomore solo album, Moonlander. According to Gossard, the song was inspired by Adolf Hitler’s use of intravenous methamphetamines — far from light-hearted subject matter. Now the axman has released “I Don’t Want to Go to Bed,” Moonlander’s seventh tune and one that grunge icon describes as “darker” than the rest.

“This song came from a darker place than the other songs on the record,” the guitarist wrote on Pearl Jam’s website. “In terms of the lyric, it’s a straight metaphor for leave me alone, lock the door, and don’t tell me what to do.”

The frayed-sounding “I Don’t Want to Go to Bed” can be heard below, and it follow the previously heard “I Need Something Different,” “Moonlander,” “Both Live,” “Your Flames,” “Battle Cry,” and “King of the Junkies.”

Moonlander is due June 25 via Pearl Jam’s own Monkeywrench Records. The LP’s first four tracks have been released as the Apollo EP (currently available through iTunes), and the next four songs will be packaged as the Luna EP, slated for June 4 (pre-order it here).