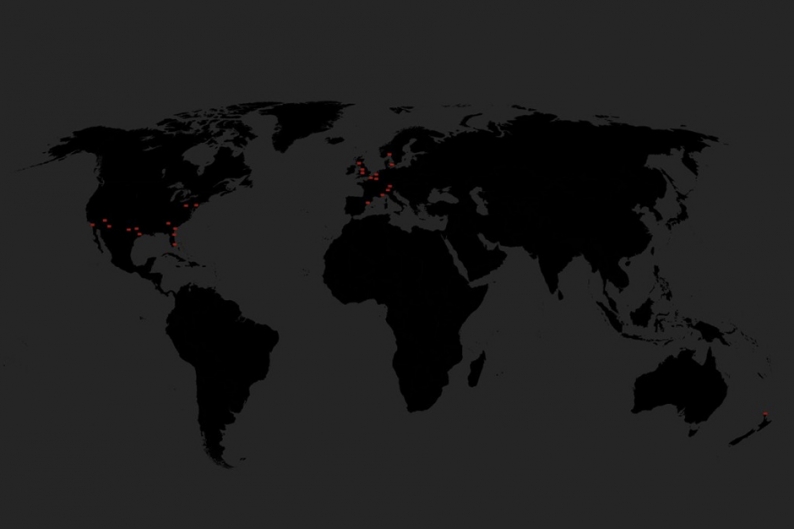 Kanye West has updated his website with a new map indicating he’ll be sending his rapping two-dimensional face to 22 additional cities on Friday, May 24. The week before, he debuted Yeezus song “New Slaves” by projecting a visual of himself performing the track onto the sides of buildings at 66 different locations around the globe. As Pitchfork points out, a tweet from Def Jam France indicates that the next batch of broadcasts will also be promoting “New Slaves.”

Among the cities to be serviced this time around: For the U.S., it’s San Diego, Phoenix, Tucson, San Antonio, Austin, Houston, Atlanta, Savannah, Jacksonville, Baltimore and Philadelphia; and in Europe, it’s Barcelona, Cannes, Milan, Zurich, Ghent, Amsterdam, Birmingham, Manchester, Glasgow, Copenhagen and Oslo. Many of the cities will feature projections in multiple locations and most take place after 9 p.m. local time.

Oh God Kanye West Is Really on the Ballot in Oklahoma