The Bawse is sorry (to Reebok) that you heard him wrong 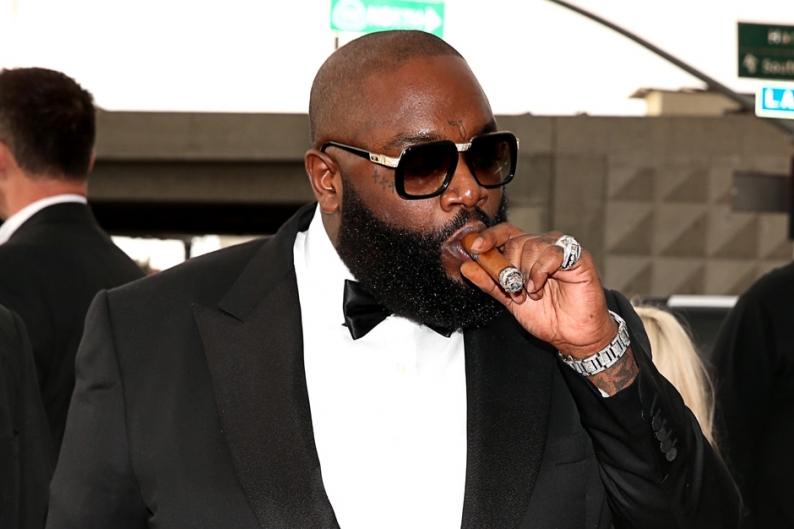 Rick Ross, you can do better. That sentiment has been the overwhelming response from fans of the Maybach Music Group CEO to a tweet that he sent out this morning (April 4) seemingly attempting to end his latest controversy by faking an apology. The Bawse has come under fire for a lyric on Rocko’s “U.O.E.N.O.” in which he brags about drugging a woman and sleeping with her: “Took her home and I enjoyed that, she ain’t even know it.”

Last week Ross was given a chance to speak on the issue in an interview with New Orleans radio station Q93.3 and he completely dropped the ball. “It was a misunderstanding with a lyric, a misinterpretation where the term rape wasn’t used,” he said, later adding, “I would never use the term ‘rape’ in my records.” Of course, no one had accused him of using the term — only of defining it by detailing and glorifying a horrible and hopefully untrue scenario.

Though the chatter that’s followed his comment has focused primarily on this plain-as-day distinction, Ross seems to think the public’s problem with his explanation was that he never used the term “sorry,” or any verbal relative thereof. There have been petitions calling for the rapper to apologize, and for his corporate sponsor Reebok to drop him as a spokesperson, and his tweets today address both on an incredibly superficial level:

I dont condone rape.Apologies for the #lyric interpreted as rape. #BOSS

Apologies to my many business partners,who would never promote violence against women. @reebokclassics @ultraviolet

“I don’t condone rape. Apologies for the #lyric interpreted as rape. #BOSS,” he first wrote, followed by, “Apologies to my many business partners, who would never promote violence against women. @reebokclassics @ultraviolet.” The latter is the group who initiated the Reebok campaign. But Ross admits no actual culpability in his “apology,” again implying that those who interpreted his lyric are to blame for this little kerfuffle.

UltraViolet has attempted to enlighten Ross through subsequent tweets to no avail, and their campaign to convince Reebok to take a stance and #DropRickRoss continues.