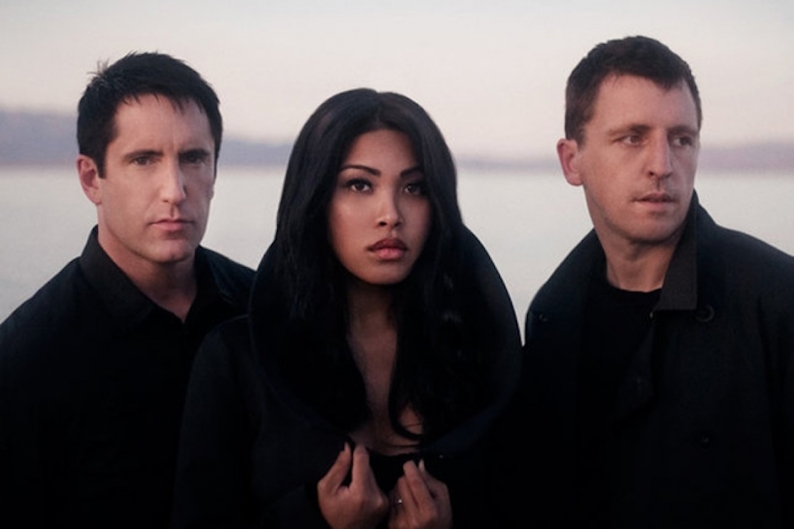 Trent Reznor’s How to Destroy Angels, fresh off debut LP Welcome oblivion, are set to play Coachella this weekend. They warmed up last night with their first-ever live show, at the Fox Theater in Pomona, California, and fan footage of several songs has surfaced online. Those of us without tickets to Indio can consider it an appetizer for the band’s Coachella set, which is part of the festival’s 2013 YouTube live-streaming lineup. Watch “The Wake Up”/ “Keep It Together,” “And the Sky Began to Scream,” “The Space in Between,” “How Long,” “BBB,” and “Parasite” below. Neon-tinted colors flash against a curtain reminiscent of the band’s wavy, quasi-pixelated album artwork and videos, as the band sounds predictably cutting.