Swamp sits behind the keys at his white baby-grand piano on a sunny Sunday morning, ready to do what he was put here to do. He and a bassist, drummer, guitarist, and keyboardist are in his studio, running through a new song intended for an upcoming album. He’s been thinking about titles: Either Leroy Kardashian: Formerly Known as Jerry “Swamp Dogg” Williams or Swamp Dogg the Beast.

“I wanna get lowdown on this motherfucker,” he tells the band. The song is called “If That Ain’t the Blues What Is?” Swamp pumps out a rich gospel chord progression on the piano and sings a strutting melody about the bullshitters in Congress. His voice is bright and strong. His shoulders shimmy and roll. He bounces on the piano bench. 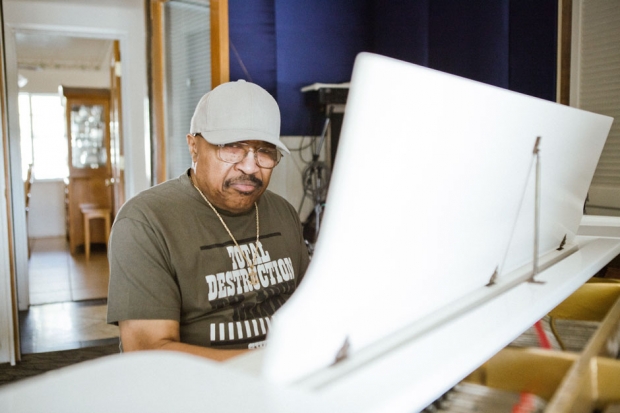 The other musicians are confused. “Is there a grace note in there? What beat is the verse landing on?” asks the keyboardist, who resembles David Letterman and never removes his sunglasses. “Are we going ten bars or 12?” They try again, Swamp again belting beautifully, and again he loses his backers. The bassist, nose-tackle big and wearing a Cosby sweater, leans forward and says, “You gotta tell us what you’re gonna do.”

“Write this down,” says the bassist, smiling, “Swamp’s what you call an eccentric musician.”

They keep trying for another half hour, then take a break. The boss orders everyone chicken wings and pizza from Domino’s. The musicians retire to the kitchen and turn on the Lakers game. 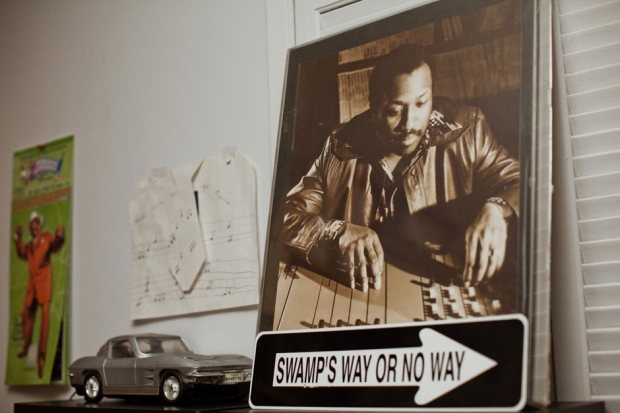 Swamp ducks into his office to look for a fax that he’d misplaced — he’s being sued by a recurring pest who says he’s due a piece of Jackson 5 & Johnny: Beginning Years 1967-1968, a compilation of pre-fame recordings by Michael, Jermaine, Randy, Tito, Marlon, and a non-blood “cousin,” to which Swamp owns the rights. “This motherfucker sues me every time he thinks I’m making some money,” explains Swamp. “He’s in Indiana, man. They some backward-ass folks over there.” He finds the fax in a pile of papers and looks down his nose. “Oh, this ain’t nothing to worry about.'”

We can hear the musicians in the kitchen; they’re mercilessly heckling Dwight Howard. “I pride myself on paying my sidemen well,” declares Swamp, reading through text messages. He makes a lemon-sucking face. Shit. It’s the car. “The insurance hasn’t been paid, it don’t start, and the rear bumper fell off.” He gives a why me? shrug, then rises to rejoin the band. “Let’s go get to work,” he says gleefully. “Let’s go do the motherfucker.”