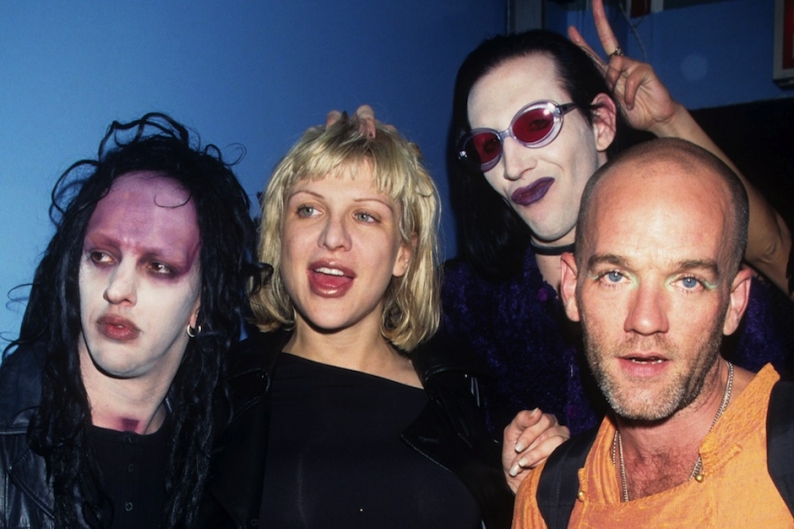 This relic has been making the rounds this week — The Fader seems to have been the the first to dig it up — but we can’t go enjoy our weekend without sharing this guest list from Radiohead’s 1997 concert at New York’s Irving Plaza. OK Computer had just been released, and the randomest assortment of celebrities and musicians who were in the Big Apple at the time wanted to see “Karma Police” live. There’s Madonna and her manager Guy Oseary on the same list as U2 and their manager Paul McGuinness (and their 18 guests!). Brad Pitt and his +1 were grooving to “Airbag” alongside Dave Matthews, Courtney Love and Pearl Jam’s Eddie Vedder and Mike McCready. The Beastie Boys and producer Rick Rubin were reunited on the balcony. And before the Britpop Cold War officially ended last week, both Blur and Oasis peacefully watched Radiohead’s Irving Plaza performance.

This guest list is a perfect time capsule of 1997: Kate Moss, Shalom Harlow, and Amber Valetta ruled the modeling world, Marilyn Manson was powerful enough to demand a +7 VIP at the front door, and Jill Sobule still had enough clout to somehow get her name on this star-studded list (even though she was apparently a no-show). It’s hard to tell whether “Russell Simmins +1 VIP” was hip-hop impersario Russell Simmons or the Jon Spencer Blues Explosion’s Russell Simins — either one would kind of made sense. We’re just amazed NYC art figureheads Sonic Youth weren’t in attendance.

Want proof this show was nutballs? Getty Images to the rescue: check out the shot above taken backstage of Twiggy Ramirez, Courtney Love, Marilyn Manson, and Michael Stipe that Kevin Mazur snapped. 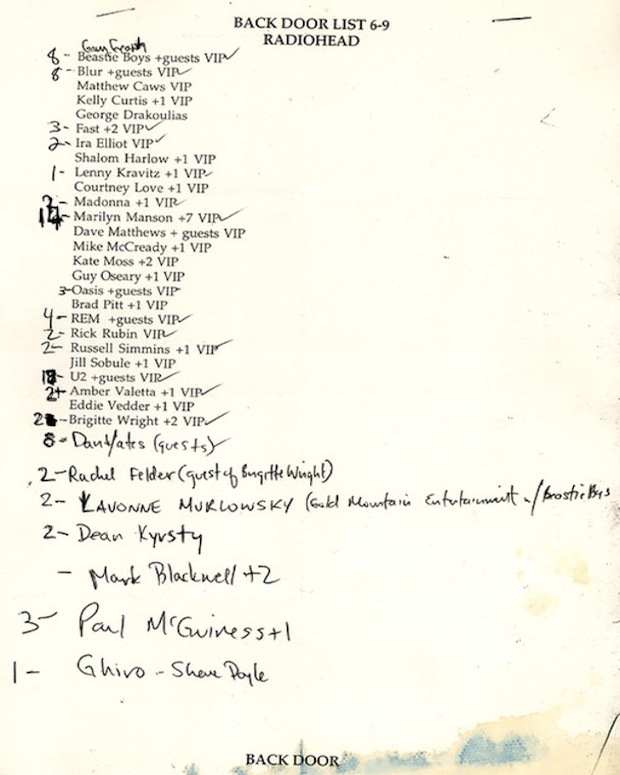