Epic: "Effective immediately, we are working to dissolve our relationship with Death Grips. We wish them well." 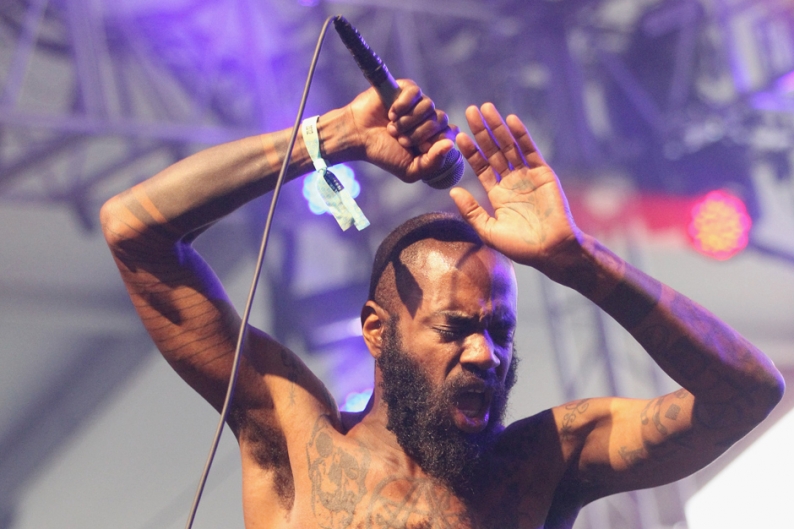 As SPIN reported on Wednesday, Sacramento noise-rap crew Death Grips have been doing just about everything in their power to get on the wrong side of their label, Epic Records. They canceled a major tour in the eleventh hour. They leaked their own album, NO LOVE DEEP WEB, without approval. They put a picture of a penis on the cover of said album. They told members of the press that Epic shut down their website, which probably wasn’t true.

And last but hardly least, on October 31 via Facebook, they shared a screen grab of a confidential infringement letter sent to the band by Epic’s legal department on October 1, the day of NO LOVE DEEP WEB’s illicit release. The latter, they claimed in a message to Pitchfork, was in an effort to prove that their actions weren’t just a series of publicity stunts dreamt up in a boardroom, but one could easily assume Death Grips was trying to get dropped.

Well, as another recognized strategic genius once declared, mission accomplished! Today, Epic responded: “Epic Records is a music first company that breaks new artists. That is our mission and our mandate. Unfortunately, when marketing and publicity stunts trump the actual music, we must remind ourselves of our core values. To that end, effective immediately, we are working to dissolve our relationship with Death Grips. We wish them well.”