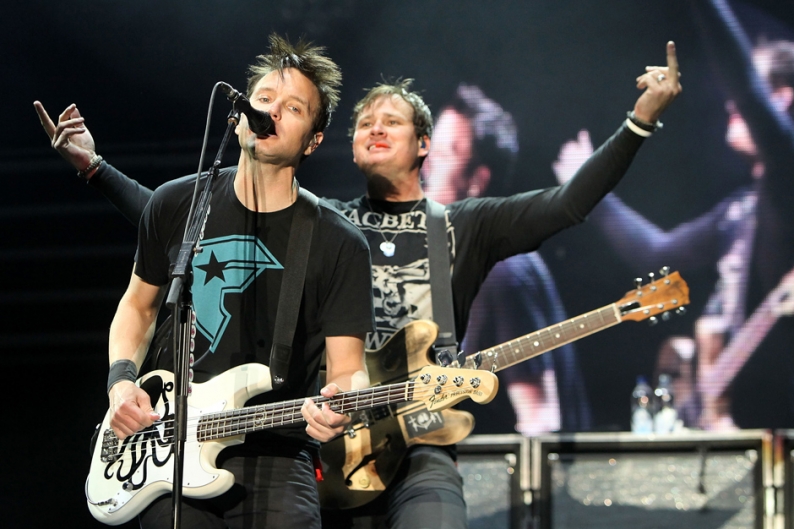 Freshly freed from their major label oppressors, the now independent Blink-182 have plans to release a new EP before Christmas. This following singer-bassist Mark Hoppus’ revelation that the summer of 2012 was a “dead zone” for great new music. As previously noted, the priapic-punk old schoolers have plans to right this wrong via a brand new full-length scheduled for next year. Apparently that day of reckoning wasn’t coming quickly enough.

First, Hoppus hopped on Twitter to tease the news:

We’re releasing some new blink-182 songs in a few weeks. Watch this space.

And then singer/guitarist Tom DeLonge sealed the deal:

Last year, Blink-182 dropped Neighborhoods, their lackluster return after declaring an indefinite hiatus in 2005. In an interview with the NME, drummer Travis Barker said they were “barely getting back into the rhythm” on that one: “I feel like the best is yet to come, the next album is going to be exciting. For the most part the last album was recorded in different studios, we weren’t always in the same room. We made it happen and it was the best it could be at the time with us three. I think in the future it can be crazy.” We’ll wait to remove our pants and jacket.