Pro-Romney Students Apologize to the National for ‘Fake Empire’ Ad 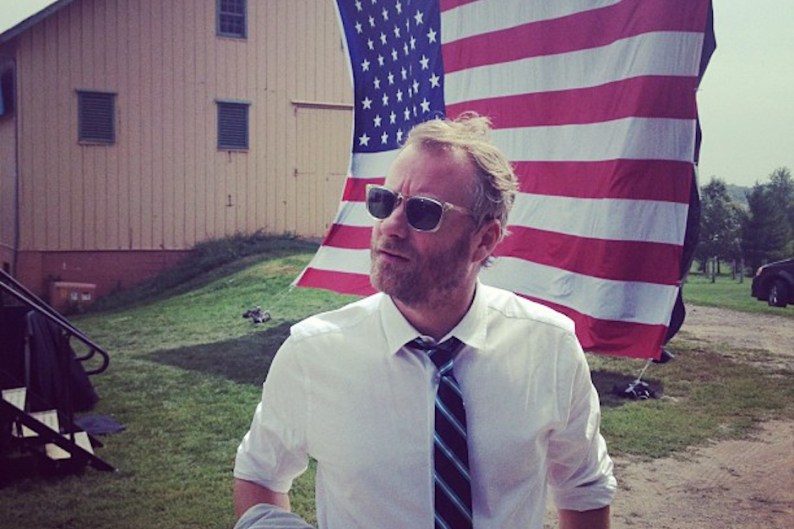 Last week, the National’s “Fake Empire” appeared in a pro-Mitt Romney video, Pitchfork reported. On its face, the idea might’ve been a brilliant Karl Rove-ian strategem: Put out a cheap ad, and then get a disproportionate bang for your buck when the media swoop in to cover it. The Brooklyn band, after all, has rallied for President Barack Obama in concert and even allowed the very same Boxer song to be used in a 2008 Obama campaign ad.

It turns out the right-wing masterminds behind the offending clip were nothing more than a group called Ohio University Students for Romney, which pulled the video after coming under fire from the National themselves. The group posted an apology (of sorts) over the weekend. “We apologize for offending ‘The National’ and their fans by using a cover/remix of the band’s melody for ‘Fake Empire,'” they wrote.

Deep breath: “We were attempting to reinvigorate and unite the disgruntled fans wary of supporting the President as they did in 2008 with ‘Signs of Hope and Change’, with a new movement of people who Believe in real recovery and reform in supporting Mitt Romney,” the Athens, Ohio, collegiate Romneyites continued.

Then follows what would appear to be a non sequitur, unless it’s a passive-aggressive attempt to somehow blame the thing they’ve just apologized for on someone else (college kids!). “Unfortunately we’ve learned that partisan divide exists on youtube and in music as much as it does in Washington,” the Ohio kids continued. “We respectfully took down the video, and will repost with music representing a better future with Romney & Ryan in Washington.”

Respectfully, a sincere apology probably could’ve stopped after the opening sentence. And saying “respectfully” isn’t the same as being respectful. But maybe the group can use this as a learning opportunity.

Here’s what the National’s Matt Berninger reportedly posted as a comment on the YouTube video before Ohio University Students for Romney took it down: “Our music was used without our permission in this ad. The song you’re using was written about the same backward, con game policies Romney is proposing. We encourage all students to educate themselves about the differences between the inclusive, pro-social, compassionate, forward-thinking policies of President Obama and the self-serving politics of the neo-conservative movement and Mitt Romney. Every single person involved in the creation of the music you’re using is voting for President Obama.”

Ohio University Students for Romney’s Facebook page, incidentally, would be a hilarious place to spend a few minutes if it weren’t also a bit of a tragic commentary on our education system. “Sad when Democratic allies at the New York Times are even calling out Obama on lies and distortions,” says a post linking to a Romney-ized version of a Time magazine cover story that calls out both candidates on lies and distortions. Beneath a post linking to the Columbus Dispatch’s Romney endorsement, the top comment reads, “About time their [sic] is an intelligent newspaper.” Elsewhere, the group writes, “It is sad how ill-informed our fellow students are…”