The photograph on the dashboard, taken years ago... 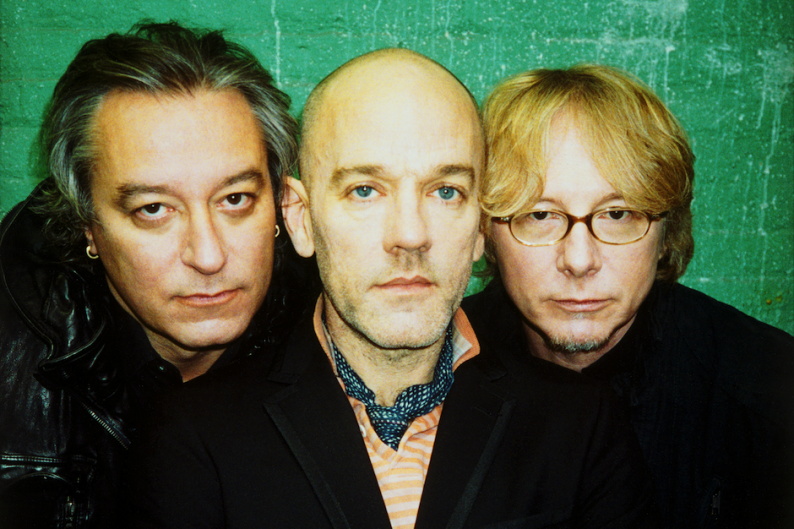 If you believe they put a man on the moon, then you still might have trouble swallowing this: Michael Stipe is part of the judges panel for an arts festival showcasing animated GIFs, R.E.M.’s website has announced (via Pitchfork). True, we once called Stipe “something of a Tumblr god,” and top-notch animated GIFs are surely due for some recognition, but still, this is why we can’t have new R.E.M. music?

“Moving the Still,” put on by art collector website Paddle 8, is billed as the first major event of its kind for original GIF art. Anyone can submit a GIF for consideration, and selections will be published in a rolling basis through November 7 on the festival website. A live exhibition will take place during Miami Art Week 2012, held December 4-9.

Like the owner of the Hair Club for Men, except with a beautifully bald pate, Stipe isn’t just a judge. He’s also a participant: Stipe’s own GIF art will be viewable here. So far you can see a disorienting image of a camera sitting on top of a TV screen.

Stipe’s involvement is made all the more surreal once you know who else is on the festival’s selection council. That includes Oprah-deceiving fabulist James Frey, Lady Gaga-collaborating fashion director Nicola Formichetti, fashion designers Rodarte, and celebrity-inclined fashion photographers Inez & Vinoodh. Losing your religion, a little?

New York Times blogger Johnny Misheff, the council’s chief member, said in a statement: “There is perhaps no one better suited to sit on this council than Michael Stipe, for his love of beauty and his executed works of digital media and art and his passion for the evolution of the image is strong and profound.”

Then again, for all we know, Stipe is still sitting on Stephen Colbert’s shelf. This is probably all some kind of plot to make sure Stipe doesn’t notice the next time FOX News plays R.E.M.’s music, thus guaranteeing Mitt Romney the election. Too bad there are some things you can’t capture in an animated GIF.

Hear “Any Kind of Crowd,” a New Song From Sleater-Kinney/R.E.M. Supergroup Filthy Friends

Grammys Hall of Fame Adds Recordings by Nirvana, Prince, David Bowie, and 22 Others