Backstage With Linkin Park: ‘Numb’ Like You’ve Never Seen It

Intimate footage of the band rehearsing and decompressing behind the scenes, plus an interview about LP's live experiene 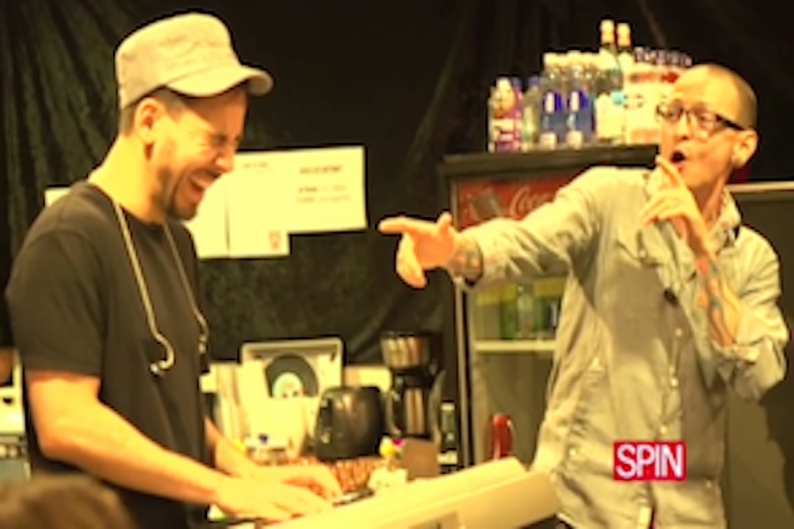 There are those people who are probably convinced Linkin Park are a super-serious group of humorless musicians, and then there are those who have spent a little time with the California band and know the truth: Chester Bennington, Mike Shinoda and Co. are introspective artists with an extremely healthy sense of whimsy. (“I’m a 36-year-old man, I’m not an angst-ridden teenager anymore,” Bennington told us with a chuckle). SPIN knows this from first-hand experience — we spent a chunk of the past few months on the road with the band as they cruised North America on the Honda Civic Tour, and captured the crew during moments of onstage glory and behind-the-scenes decompression. Watch our exclusive backstage footage to see the group’s leaders chat about how playing live ultimately impacted their latest album, along with shots of Shinoda painting, Incubus’ Mike Einziger plotting a spontaneous guest appearance, and a very special acoustic “Numb” jam that can best be described as deliciously loungey.