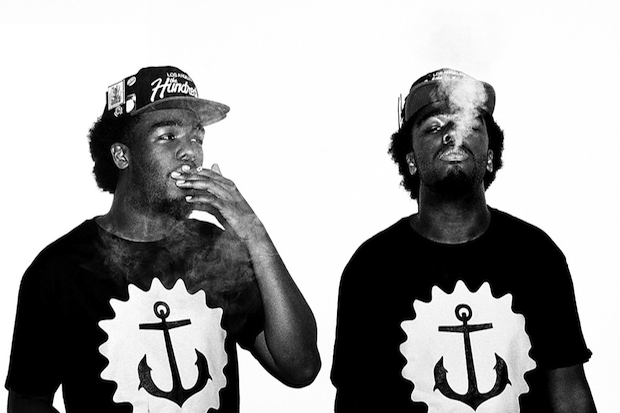 Did you check out Rework, that recent Philip Glass remix album that Beck put together? Yeah, me neither. Here’s my stupid complaint with it: How do you tackle minimalism in 2012 and ignore the ambitiously simple sounds coming out West Coast rap? Shame on you Mr. Hansen and Mr. Glass for being less with-it than Wiz Khalifa, who reached out to producers like the Invasion and League of Starz for Cabin Fever 2. How about we Kickstart a collection of Bay Area remixes of Glass compositions? Call it Rewerk? Einstein On The Beyotch [E-40 VOICE]?

The first person I’d reach out to for this project (that will never happen) is rapper and producer Iamsu, who, as part of the Invasion, produced Loverance’s “Up!” Rather than remake that hit over and over again, or contrive his own radio-rap moment, Iamsu has continued mining his elegantly spare sound, mixing expressive, rubbery rapping with a touch of stoner R&B, and, of course, rattling bass. His mixtape KILT is one of this year’s best, and Stoopid, a collaborative release with Jay Ant, a worthy, even-weirder follow-up.

“Mobbin’,” produced by the Invasion, is the first single from Iamsu’s upcoming mixtape, $uzy 6 $peed. A warped doom-metal riff rolls over a sea of snaps, claps, and grunts, only letting up when an R&B bridge or Su’s haughty hook struts through. $uzy 6 $peed, presented by Pink Dolphin (the clothing line of rapper/producer Young L, a very young father to this recent minimalist resurgence) and LiveMixtapes, is out November 10th. You can listen to Iamsu!’s “Mobbin’,” below, exclusively at SPIN.