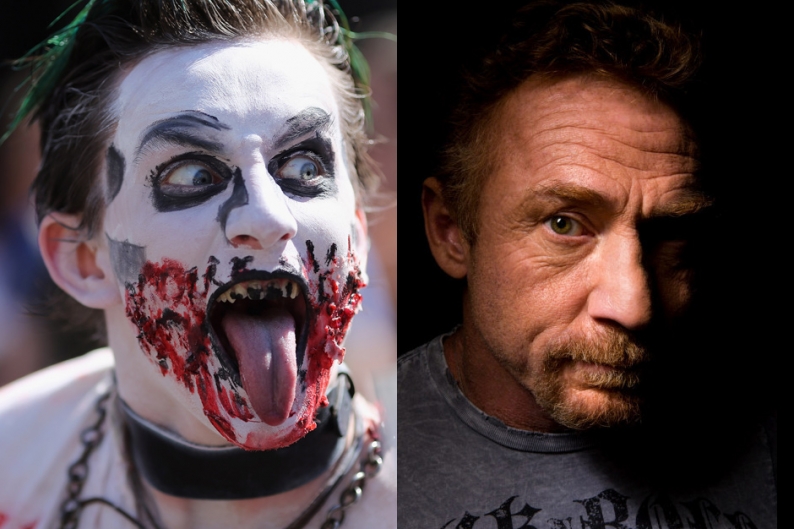 Former Partridge Family child actor, occasional professional wrestler, and full-time morning show radio personality Danny Bonaduce is on a press-gathering rampage after being bitten in the face by a possibly bath salts-addled fan. The fella was emceeing a gig by an all-female AC/DC covers band, of course, at a casino in Bow, Washington on Friday night when he was approached.

“She said, ‘I loved you on The Partridge Family. Can I kiss you?'” Bonaduce told Tacoma’s New Tribune. She apparently then wrapped her arms around his head and chomped down on his cheek, latching on for as much as a minute before others reportedly pulled her off. As he told CNN affiliate KIRO-TV, “They were tiny little Chucky teeth. Man, they just gnawed like piranhas … I [was] screaming like a baby.”

This veritable renaissance man told both outlets the first thought that popped into his mind while it was happening was “bath salts.” He also told KZOK, the Seattle station that hosts his show, “I once got into a fight with a guy and I had my knees on his chest, and he leaned forward and bit my penis … I’d be willing to have that guy bite my wang again to have the No. 1 radio show.”

Naturally, the headliner at the Skagit Valley Casino Resort that night was dubbed Hells Belles. Bonaduce has gone on to say he doubts the last was actually on drugs, and that he won’t be pressing charges against his attacker-admirer. He quipped to KZOK, “The Bible says, ‘turn the other cheek,’ and for this much press, I’m willing to.” We never doubted you, Danny.