Use hashtag #AskNeil beginning at 3 p.m. EST on Wednesday, October 24 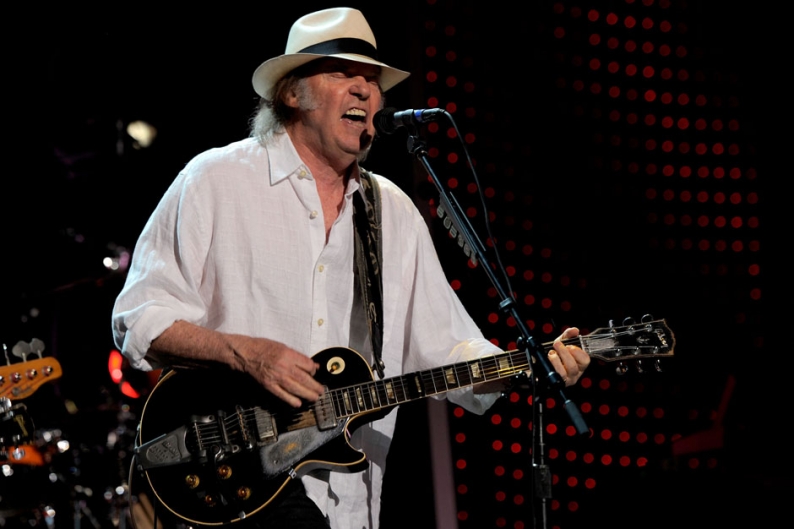 Rejoice, Neil Young devotees! The Crazy Horse leader will field questions on Twitter beginning at 3 p.m. EST on Wednesday, October 24, as part of the #LegendsOnTwitter campaign. To participate, tweet at Young’s handle, @neilyoung, with the hashtag #AskNeil and voila! Instant banter with a living legend.

Young confirmed the news on Twitter on Sunday: “Ok. It’s on. I’m doing a live #askneil Twitter chat w/you this Wed 24th at noon pt, & you can hear #psychpill early at NeilYoung.com.“

That means that in addition to finding out Young’s thoughts on Chromatics’ cover of “Into the Black,” fans can also stream his new album with Crazy Horse, Psychedelic Pill, the follow-up to this year’s Americana. Pill will be available for free listening online until October 30, when it is released.

Neil Young and Crazy Horse continue their North American tour through December, and have released a new batch of videos, including “Walk Like a Giant,” “Ramada Inn,” and “Twisted Road”. Most recently, the band appeared at Young’s 26th annual Bridge School Benefit, sharing the bill last weekend with Guns N’ Roses, Jack White, the Flaming Lips, and others. Axl Rose joined Young on stage to play a version of “Don’t Let It Bring You Down,” from Young’s classic 1970 album After the Gold Rush. See the epic acoustic duet below.