Their 'Dethalbum III' is due October 16 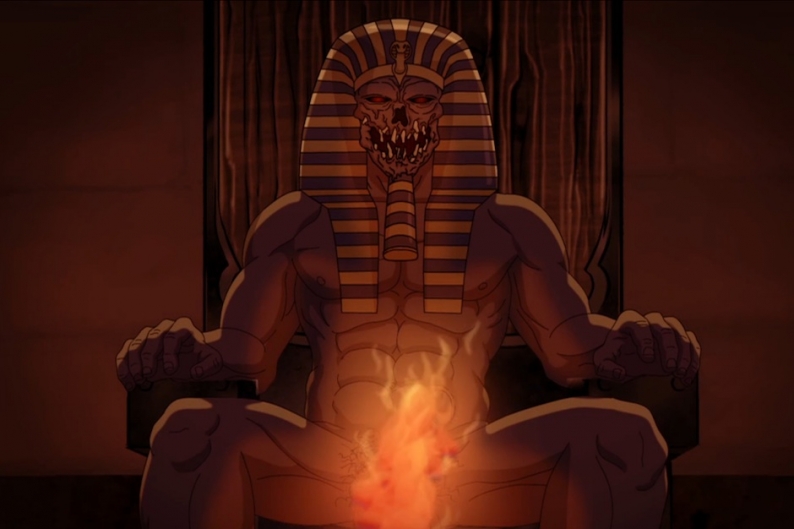 The world’s most famous cartoon metal band (no, not Godsmack) is back for another round of unfiltered batshit insanity. Dethklok, the ‘toons-behaving-badly crew from Adult Swim’s Metalocalypse, is back with the first music video from their upcoming Dethalbum III, due October 16…and, boy, is it full of spunk!

The video is called “I Ejaculate Fire” — and, uh, lets just say the truth-in-advertising people aren’t exactly going to be breathing down their neck for this one. Watch this thing far, far, far, away from work.