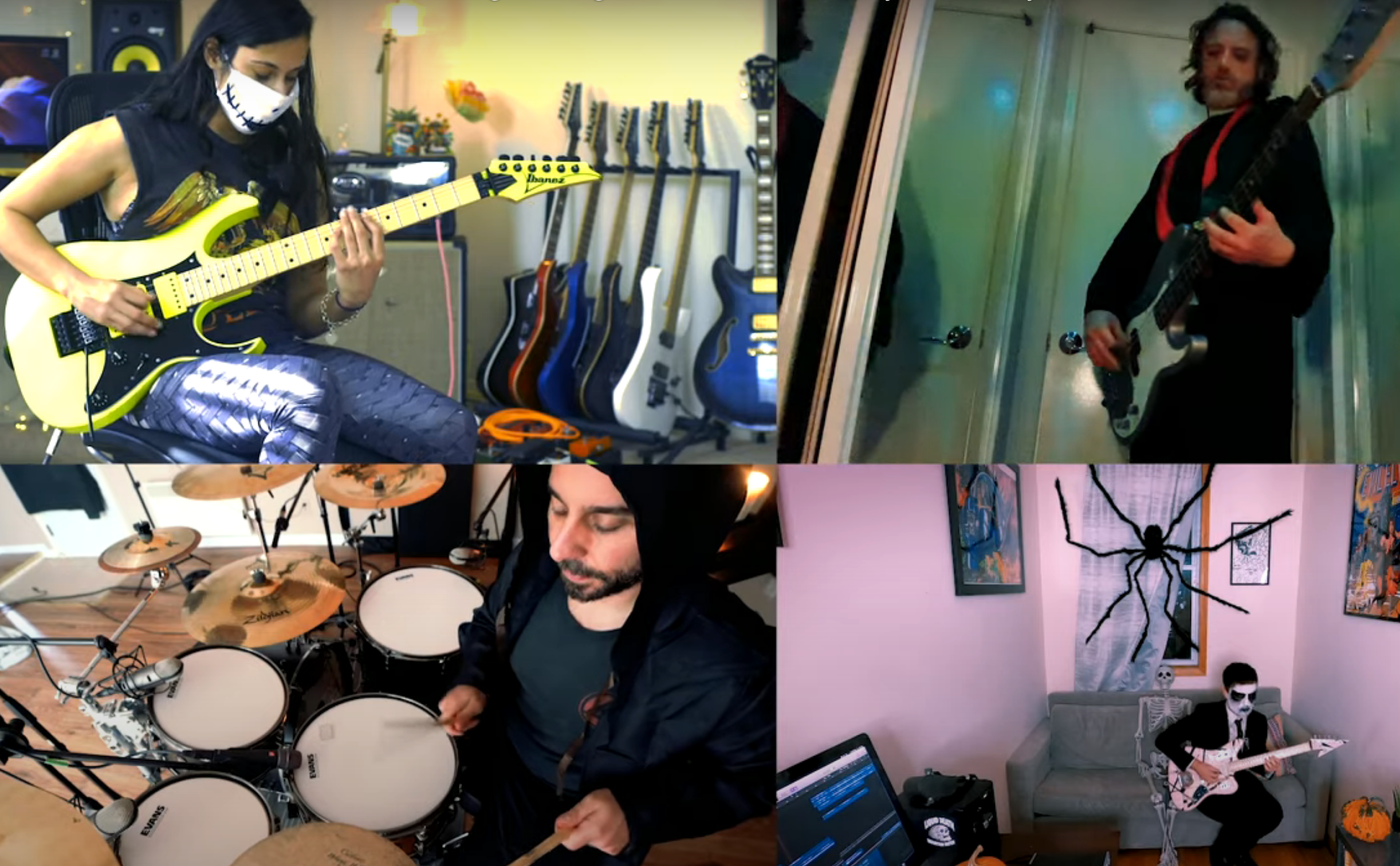 Dethklok guitarist Nili Brosh — who also tours with Oingo Boingo leader Danny Elfman — plays on the tune while wearing a Nightmare Before Christmas facemask, a nod to Elfman’s soundtrack work on the film. Other musicians include Protest the Hero drummer Michael Ieradi and vocalist Rody Walker, along with bassist Pete Green of Giraffe Tongue Orchestra and Dethklok.

Dethklok was created for the Adult Swim show Metalocalypse, which is now canceled, but the band lives on.

For October, Two Minutes to Late Night, which features punk and metal musicians jamming remotely on cover songs — musicians have tackled appropriately spooky songs from the  Misfits, Ozzy Osbourne, and most recently, Dusty Springfield, which dropped on Oct. 19.

The galloping Maiden-esque guitars and dramatic vocals (there’s even a “scream for me,” ala Maiden singer Bruce Dickinson’s famous “scream for me Long Beach” moment) work well with Oingo Boingo original.

The video even includes a snippet from the 1986 Rodney Dangerfield in the film Back To School, which featured 1985’s “Dead Man’s Party.”

From Oingo Boingo, Elfman made the jump to film and soundtrack work, becoming an in-demand and prolific Grammy- and Emmy-winning film and TV composer who has worked extensively with Tim Burton.